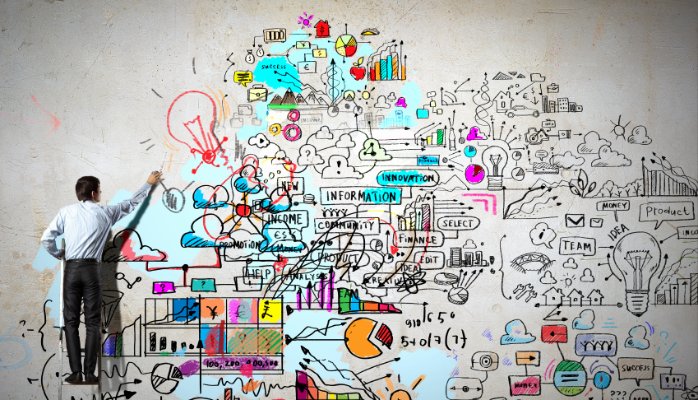 Organizations that have all the money, talent and technology in the world are struggling to innovate with deadly consequences. Why?

The most important reason out of the above is number 3; the senior leaders stop caring about serving their customer. Instead, they prefer to serve themselves the easiest and most profitable path to success. Innovation is hard and risky; it’s much easier to force your customer to use your tired product/service offering over and over again than create new value propositions. Let us look at some examples:

To remain relevant, it is important to focus on the speed of innovation. Even if organizations manage to create some innovation, they fail to do it fast enough. Nokia, Blockbuster and Kodak are all examples of being far too slow. They think they can ‘gradually feed in the disruptive change’. Kodak honestly believed you would still be buying photographic film from them in 2016. The basic fact is that the senior management of most organizations today fail to understand the speed of 21st Century VUCA change and are years if not decades out of sync with what is really happening on the ground.

How can it be that senior managers don’t know what is happening on the ground? Because they stopped caring about what really matters. When leaders stop caring about their product and its impact, about their customers and their staff, and only obsesses about quarterly reports, their organization is doomed because it will never innovate and it will never be able to keep up with today’s change. When you care, you connect with the world around you and strive to deliver the best possible product to your customers even if it means disrupting the way you do things. Your commitment to excellent is what compels you to break down what you do so you can re-build yourself to be even better.

Looking at the next decade; the most comfortable, slow and uncaring industries I can see are automotive, education, healthcare & finance. Tesla, Google & Apple will lead the charge (pun intended) backed by a flood of new Chinese brands and resurgent Asian manufacturers. The old guard in auto will rapidly find themselves on the wrong foot and facing irrelevance; too old and slow to change. In education, there will be a bloodbath as the new ‘Generation Z’, having seen their brothers and sisters waste their lives and money at university only to end up lost, unemployed and/or underemployed, go elsewhere. With employers largely disinterested in your academic qualifications, new providers such as Hackreactor will spring up to prepare talent for the needs of the labor camp (market, I meant market). In healthcare, the basic failure to provide effective personalized medicine will provide massive new opportunities, especially in the booming Asian markets where the rapidly-ageing population in ASEAN & China will drive continuous healthcare breakthroughs. Finally, banks. Customers will reward the incompetence of their existing providers by going elsewhere. New currencies will rise with the new generation; you aren’t going to use Bitcoin but your daughter will. She will wonder why you put up with the misery of outrageous bank fees and scandalous currency conversion issues. Companies like Transferwise are already changing the game, there are many more behind them in the rapidly growing ‘fintech’ space. If you are a player in any of these markets, and you are not leading innovation efforts that are disrupting your business model right now, you are in deep trouble. Here some examples of companies getting it right.

The bottom line is that companies fail to innovate because senior managers are not prepared to disrupt their existing business models. Instead of searching for better value propositions (which is risky and hard), they prefer the easier route of selling the same stuff over and over again. Of those that try to innovate, most of them are far too slow because they underestimate the market or they find the change too inconvenient. The difference comes down to how much you care, how connected you are to your customer and how far you are willing to go for them.  Great leaders are willing to disrupt themselves to be excellent, average leaders get comfortable. Who do you want to be?