LOGIC’s Logic: Why LOGIC Thinks It Will Win the E-Cigarette War 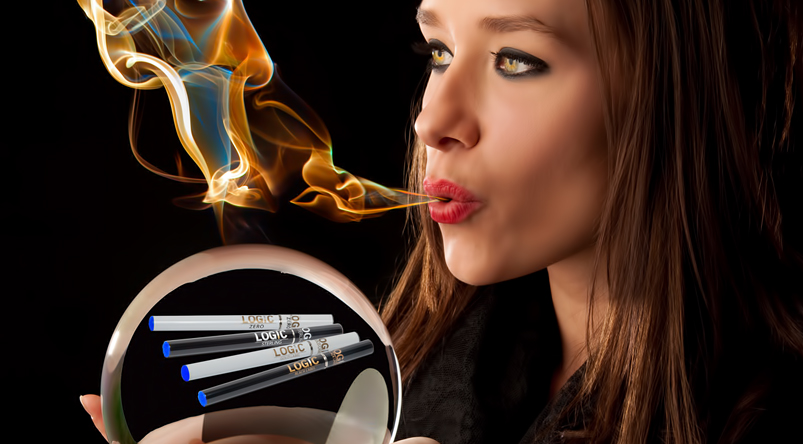 You were first curious. Now you love them or smoke them. Since their invention (in China) in 2003, electronic cigarettes (e-cigarettes) have fought their way into our minds and markets. Today 2.5 million Americans spend over $1billion a year on them. By the end of 2014 that number is projected to reach $1.7 billion.

Yesterday I got a chance to speak to Miguel Martin, the president of LOGIC, to break down why he thinks his brand, currently the second largest in the US, is going to win the e-cigarette war. Here is his playbook. What would it look like to apply this playbook to your business?

1. Play for the next battleground
E-cigarettes are not yet regulated by the FDA, but LOGIC is betting that regulation is going to come faster than others might think. Martin spent years at cigarette giant Altria and knows what it’s like to compete in a regulated market. Naysayers warned that regulation will kill e-cigarettes. But think that logic through. How are companies and other highly regulated markets like financial services, pharmaceuticals and healthcare doing? So his company is betting on strategies that will sustain in what he calls the “post-regulation world.” While its competitors invest in sports marketing and mass advertising, tactics that are unlikely to be allowed in the future, LOGIC is focusing on where Martin thinks the next battleground will lie: the fight for retailers and shelf space.

I asked Martin if he saw one big winner emerging from the e-cigarette war and he expects the market will evolve as energy drinks did. The top two or three players will command a majority share and about five players in total will remain known brands. “Retailers can’t carry 10 different products; ultimately they will have something like five,” he said.

What does your next battleground look like and how can you adjust your strategy today to prepare yourself?

2. Endear yourself
E-cigarette companies today are playing in ways that aggravate regulators. They push online sales, for example, attracted by profits internet sales give them. For other regulated products like alcohol and tobacco selling online is a no-no. So LOGIC embraces a different model. They require any online buyers to go through a more rigorous process to confirm they are of age. Their website drives people to stores. As a result, only about 2% of LOGIC’s sales are made online.

This endears the company to regulators but also to their retail partners who see internet sales as competition.

To further endear themselves to retailers, the company gives away displays in which retailers can exhibit LOGIC’s brand and also the products of competitors. Many fault the company for helping competitors get shelf space, but over the long term this makes LOGIC a more attractive partner to retailers. This is like Coke and Pepsi placing free coolers in stores.

Who are the key stakeholders that you must gear your company to? How do you plan to do this?

3. Playing to your size
Large corporations “search for perfection and have all the resources to support that,” Martin said. When he was at Altria, Martin operated under the big company model. You test and test again, and make sure your new strategy, product, or marketing tactic is perfect before launching it.  Smaller companies, by contrast, have fewer resources and so can afford to get more things wrong. So the right approach is to try things, track the results, and adjust. “It took me time to adopt this style,” he said, but having spent time at a private equity firm after leaving Altria, he realized the value of adopting this more guerrilla-like approach.

Is your appetite for risk and experimentation at the right level for the size of your company?

Whether LOGIC will win is yet to be seen. But they have three powerful strategic principles at work so, in my view, they have a good chance.