Why L’Oreal, Wal-Mart, and Target are Building Innovation Sidecars … and You Should Too 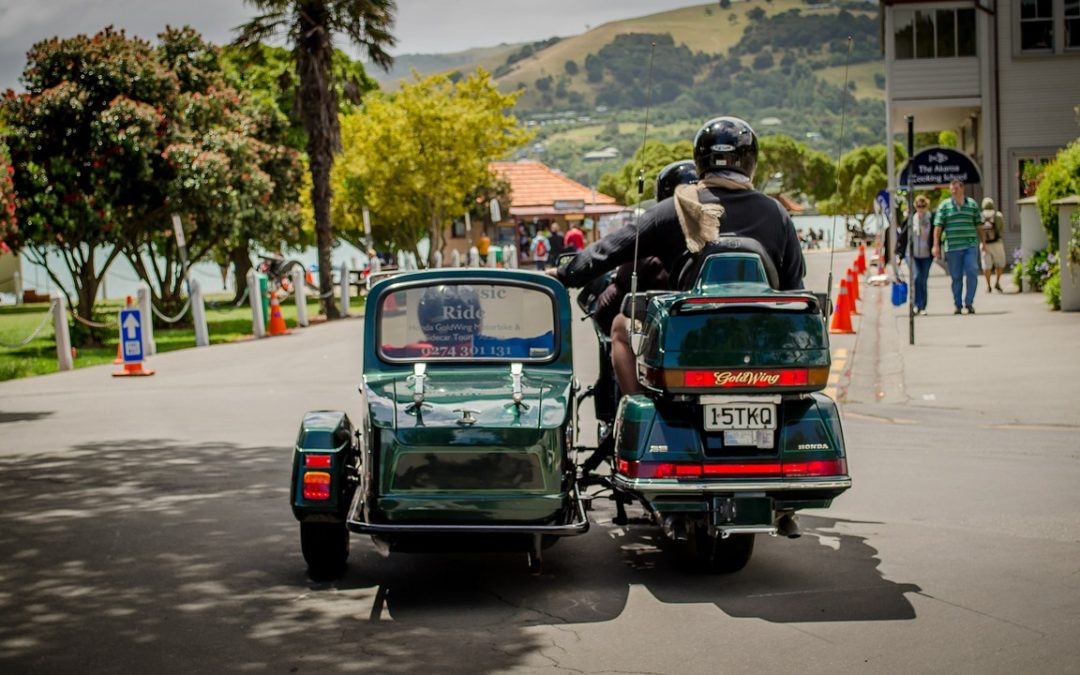 For over a decade now, corporations have been seeking to understand how to better prepare themselves against the onslaught of technology firms spreading their way into nearly every sector, from banking to real estate to retail. They created incubation groups, acquired startups, sought to create a “culture of innovation.”

Their successes and failures at such efforts have helped uncover the true barriers that have historically prevented large companies from innovating. Our survey of piles of academic research into the drivers of innovative corporate behavior essentially highlights six entanglements that, if your company wants to become the agile, creative, open structure that future success demands, you must address:

The barriers of internal innovation are now quite clear, for anyone willing to spend the time studying it. The challenge is not about knowing what to do; instead today’s innovation challenge is about timing.

The process of untangling your innovation barriers moves more slowly than the agile attackers at your gates.

What is your path out of this timing dilemma? How can you adjust as fast as the market demands when what you must do takes time?

Several forward-looking companies have found a solution. They are introducing what most call “incubators.” But these new incubators are different.

At a recent strategy session with the leadership team of a leading media company, one participant introduced the term “sidecar innovation.” This metaphor describes nicely the innovation pattern emerging.

You build a sidecar to your business. It picks up steam. It eventually becomes the business.  As Katie Finnegan, who led Jet.com’s corporate development before Wal-Mart acquired the company and who is now joining Wal-Mart’s new incubator (see below) put it, “When the mother ship is ready, we’re sort of ahead of the eight ball.”

Consider Wal-Mart, Target and L’Oreal, all of whom are investing in their own incubators.

As part of an ongoing effort to revive its ecommerce services, Wal-Mart recently launched Store No. 8, its internal incubator created to identify new technologies and build new startups. The beauty of this incubator is that while it’s devoted to building relationships with entrepreneurs and exists as its own agile, fast-moving unit, it has the advantage of being able to draw from Wal-Mart’s vast resources.

Store No. 8 is tasked with things like creating its own internal startups, partnering with venture capitalists, and delving into emerging technological advances, such as drone delivery and personalized shopping, that can be used across the company.

The first of its kind for Wal-Mart, Store No. 8 addresses many of the “innovation entanglements” that I mentioned earlier. For example, it offers its intrapreneurs an outlet to think innovatively (“people”), provides them with the means to move forward with the ideas they come up with (“resources”), and, because Store No. 8 lives as its own separate entity, allows it to take chances that Wal-Mart “proper” may otherwise not have the willingness or ability to take (“risk-taking”).

It’s still early, but if all goes to plan, this incubator will help Wal-Mart – long considered the very definition of a large, slow-moving company – overcome the timing dilemma, setting the retail giant up for success in a fast-moving, ever-changing world.

Another retail giant, Target, has invested in an incubator as well. In an effort to push forward disruptive business ideas and help it think and act more like a startup, Target launched its Entrepreneur in Residence (EIR) program in 2015.

They teamed up with startup accelerator Techstars for the second time this past January for the Target + Techstars retail accelerator program, in which they invite “retail-specific tech startups worldwide to apply for a chance to relocate to Minneapolis and embed themselves at Target.” Another project is the Food + Future coLAB program, designed in collaboration with MIT’s Media Lab and global design firm IDEO to give people better control over their food choices.

As part of Food + Future coLAB, Greg Shewmaker, one of the serial entrepreneurs hired to head up EIR, invested his budget into building a spectrometer, which scans produce to find out its nutrient content and freshness. The goal is to eventually be able to track and identify all foods globally to increase transparency and reduce the amount of tainted or misidentified food on the market. Since food sales account for about 21% of Target’s business, the spectrometer is a smart investment for the company.

Target is pushing through the “innovation entanglements”: it provides both its internal incubator and the startups it brings in through the retail accelerator program with the assets necessary to move forward with their creative ideas (“resources”); it encourages collaboration across teams, as well as with other entities (“organizational freedom”); and it openly promotes a culture of independent action, creative thinking, and intelligent risk-taking (“culture”). By addressing these and other barriers, Target is setting itself up to be the agile, startup-inspired business that it needs to be for future success.

L’Oreal and the Technology Side of Beauty

L’Oreal, one of the world’s largest cosmetics companies, launched its Technology Incubator several years ago. The incubator employs 26 people and, like Wal-Mart’s Store No. 8 and Target’s EIR program, operates as a separate, fast-paced startup but with the backing of L’Oreal resources. The team collaborates with top universities and entrepreneurs with the goal of combining beauty and technology to develop products that can be customized to meet each consumer’s needs.

The team has so far developed five products, the latest of which is a “smart brush” that they partnered with Withings – a consumer electronics company that makes smart technology – and Kerastase – L’Oreal’s luxury hair-care brand – to create. Known as the Kerastase Hair Coach Powered by Withings, the brush measures cuticle damage, tracks your brushing habits and counts brush strokes, then syncs to your smartphone to offer personalized advice and help you improve your hair health over time.

Other products to come out of the incubator include Makeup Genius, a makeup app that lets users virtually try on various shades of L’Oreal cosmetics; Lancome Le Teint Particulier, a foundation blended to perfectly match anyone’s skin tone by using a color-matching algorithm; and My UV Patch, a wearable adhesive that changes color when hit with UV rays and pairs with an app to track sun exposure.

And that’s just the beginning. By encouraging its intrapreneurs to think innovatively and take chances (“people”), providing them with the means to pursue their ideas (“resources”), and having a leadership team that publicly and consistently supports what the incubator is doing (“leadership” – as Stephan Habif, senior vice president for L’Oreal’s research and innovation arm in the Americas, said in a New York Times article, “This is L’Oreal; we believe in entrepreneurship.”), L’Oreal is untangling its barriers and creating the culture of innovation that future success demands.

Getting Ahead of the Eight Ball

We at Outthinker love this approach to incubation. This is not innovation theater; this is not knighting one group as “innovative”, implying no one else can be. Instead building your sidecar now, to “get ahead of the eight ball,” leads you to the future we believe passionately must be realized, one in which the entire organization, from janitors to marketing executives, from lawyers to senior executives, play a central role in driving innovation and growth.

Gary Hamel describes this future most eloquently: “The outlines of the 21st-century management model are already clear. Decision-making will be more peer-based; the tools of creativity will be widely distributed in organizations. Ideas will compete on equal footing. Strategies will be built from the bottom up. Power will be a function of competence rather than of position.” Are you building your sidecar?