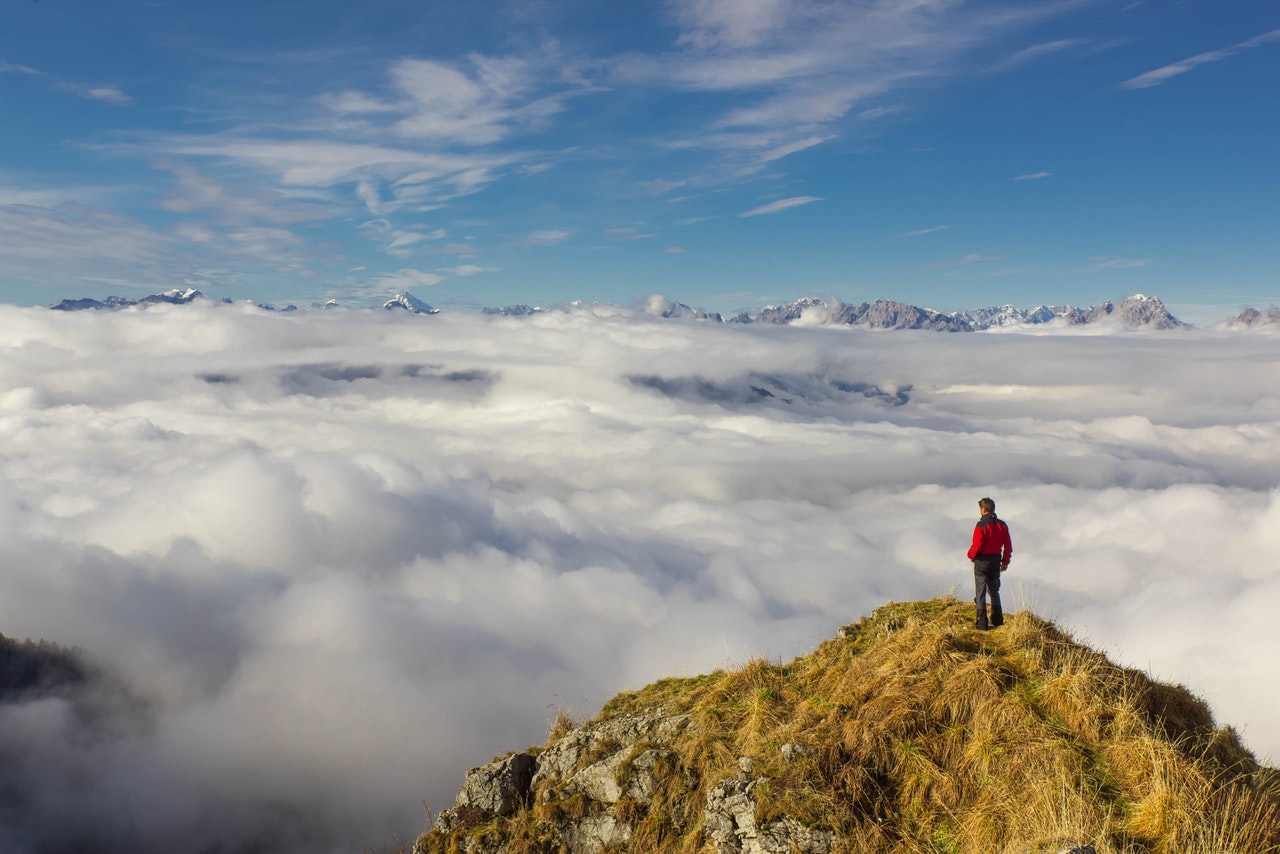 Debbie Brackeen was in the “innovation” business before it was even called “innovation.” After completing her undergrad at Stanford University, she found herself in the heart of Silicon Valley. She spent her first years at Apple followed by stints at a variety of high-tech companies from HP to venture-baked start-ups. Today she is the chief strategy and innovation officer at CSAA Insurance Group, one of the largest AAA insurers in the world.

There are few who have been part of as many twists and turns in the rapid evolution of technology as Debbie has. She has not only anticipated but helped the companies she works for ride the waves of multiple technology disruptions. Her views on what it takes to stay at the “bleeding edge” of technology innovation, as Debra puts it, are grounded in decades of experience.

I got a chance to sit down with Debbie to understand what she sees as the keys to staying ahead.

Ignore technology: look at people instead

Debbie does not have a formal technical background. She earned her degree in American Studies. But at Apple she found a niche for herself: understanding engineers and translating what they wanted to communicate to non-technical people.

“I was just nerdy enough,” she said.

What she is most interested in is the human side of technology. She is fascinated by biology and understanding how the interface between technology and people evolves.

This perspective matches closely the insight of another technology guru I recently interviewed (I will share that interview later) who predicted the rise of internet portals in the late 1990s and then the shift to mobile, launching cutting-edge businesses in both places. He is a self-taught student of psychology.

Using biology and psychology as a starting point for predicting the evolution of technology makes a lot of sense. If you think about it, technology evolves through its interaction with people. Technology makes something new possible, which then shapes how people behave, which in turn inspires technologists to direct their efforts in new ways.

The great thing about focusing on the human side of the people-technology equation is that humans change more slowly. The underpinnings of our biology and psychology are tens of thousands of years old, which makes us easier to predict.

Juggle three modes of innovation at once

We are experiencing an historical moment: digitization is activating an exponential acceleration of the pace of change. This is one reason why S&P survival rates (i.e., the amount of time a company stays on the S&P index) are falling.

Debbie was attracted to the bleeding edge of the fintech revolution when she met Citibank’s chief innovation officer who recruited her to join the company and get involved in its innovation efforts based in Silicon Valley. She spent six years there.

A similar dynamic underway lured her to join CSAA Insurance Group. The company is over 100 years old. AAA is a bit older. Fifty percent of CSAA Insurance Group’s book is auto insurance, a sector that, in those 100 years, has not demanded much change of insurers like them.

But now several trends are coming together that could thrust the industry into an exciting future. In addition to the fintech changes the entire sector is experiencing – from digital interfaces to blockchain – the auto insurance industry is looking at autonomous vehicles and models like Uber. They are considering the future in a world in which fewer people own cars (young people’s attitudes toward ownership of large assets are shifting).

So, Debbie is building the company’s innovation function. Now, innovating with a young start-up is different than within a 100-year-old establishment. According to Debbie, it requires having “all the different modes of innovation all under one roof.”

I’ve long felt that “innovation” and “strategy” are merging concepts, and Debbie seems to agree. This is why CSAA Insurance Group has added strategy “under the roof” as simply a mode of innovation. I’ve personally seen the conflicts that arise when a strategy group is pushing long-range planning while a separate innovation group is pushing faster, shorter sprints.

As Debbie put it, “It’s not that there is no use for long-term strategy and planning. But it’s also not sufficient for the speed of change.”

Debbie indicated she sees three modes of innovation at play. To sustain, companies must be working on all three simultaneously:

Debbie was initially attracted to CSAA Insurance Group because of its strong culture. She explained, “They have a great culture; it’s very values based. A lot of companies have values written down somewhere but too often it’s just ‘paste the paper on the wall’. Here they really live their values.”

While you can drive growth and innovation through formal strategy, organic growth, and M&A efforts, you are unlikely to sustain it without also embedding the right culture. Our macro study of research showing the cultural norms proven to correlate with higher levels of internal innovation reveals that four cultural attributes matter:

Debbie is keenly focused on establishing the second two cultural attributes within CSAA Insurance Group: market/competitive awareness and risk-taking. She has developed a strong “partnership with our head of people and culture to evolve our culture.” They are focused on two things: scouting and experimenting.

The first thing they’re focused on is getting people out of the office so they can “scout” for customer insights. This tenet is a cornerstone of Steve Blank’s agile approach. The idea is that you cannot identify new opportunities by looking at survey data. The most innovative ideas require you to get out of the office and interact with customers to understand their yet-to-be-realized needs.

“We are really rigorous about voice-of-customer research,” Debbie explained. At Citibank she was part of launching a program called “Discover 10X” or “D10X,” where they would send Citibank employee participants out to speak to customers. She launched a similar program in CSAA Insurance Group called Velocity Growth Program. In both cases, she partnered with Bionic Solutions, a New York-based firm that installs startup ecosystems into large enterprises.

Debbie described how it works:

“We identify an opportunity area that we think is relevant like ‘new mobility models’ (for example, subscribing to a car service, or ride share). We do lots of ideation and collection of ideas but [this involves] literally sending people out in teams of two to do real-world validation [of the ideas] with people on the street, people on BART [San Francisco’s subway], Uber or Lyft drivers.

“Mass research is necessary but not sufficient. Observing people in their own environment is critical. For example, observing agents who sell our products. They are our customers as well in a way. We sit with them side-by-side and watch them use their tools, for example to create quotes. They themselves may not be able to articulate that something is a problem but you observe them doing a little work-around they have devised.”

By “scouting” for customer insights, you are able to generate innovation ideas that are based in future needs, rather than needs already being met. This is critical to staying at the edge of innovation.

But to turn those ideas into reality also requires establishing a culture that allows for experimentation.

Debbie spent many of her formative years at companies known for experimentation: Apple and HP. When Apple wanted to test out the first computer mouse, for example, they found an ingenious way to test user adoption at a low cost. They got roll-on deodorant from a drug store and used the roller mechanism to simulate the feel of a track ball. Only after they affirmed that users liked the track-ball mechanism did they invest more heavily in development.

When HP developed the first electronic calculator, top-down market research indicated there was no market for the product because it would be unable to compete with a radically lower-cost competitor: the slide rule! But HP leadership decided to produce 1,000 electronic calculators anyway to see how customers responded. Within a couple of years, they were selling 1,000 per day.

Cultures that encourage experimentation are more likely to bridge the gap between conception and adoption. They get more innovations into the market and make smarter choices about which ones to pursue. This approach is fundamentally opposite to the traditional long-range planning approach which demands business plans and financial projections.

Core to Debbie’s effort to embed experimentation into CSAA Insurance Group’s culture is the Velocity Growth Program (VGP). In this program, CSAA Insurance Group brings people in from the business and uses agile approaches to develop innovation and growth ideas. They work with entrepreneurs who serve as coaches. Through this interaction with an entrepreneur coach, the employee starts to learn a different way to work. Right now, one tour of duty in the VGP program lasts at least 6 months, but they are still figuring out for how long people should participate.

According to Debbie, they focus their innovation efforts on “optimizing and growing the core business while we are also innovating our future and investing in and incubating new growth initiatives.”

Now, a lot of those ideas are not going to progress all the way into market. So participants will likely go back to the business. But the attempt was worthwhile regardless because those participants will have learned a new way of working and will approach their core business differently.

In this way, the VGP program is a double win. It will generate some new growth through innovations while it will simultaneously “positively infect the culture,” as Debbie put it.

Unlocking innovation: what to do next

Ever-more companies are seeking to unlock organic innovation. Too many blindly assume the answer is to adopt a start-up approach. But here we see what someone who has grown up on the bleeding edge of innovation and jumped between large corporations (Citibank, HP, Apple) and start-ups suggests are the key things to work on. She is making it work in a 100-year-old company that has not had to change much so it will surely help you. Ask yourself: