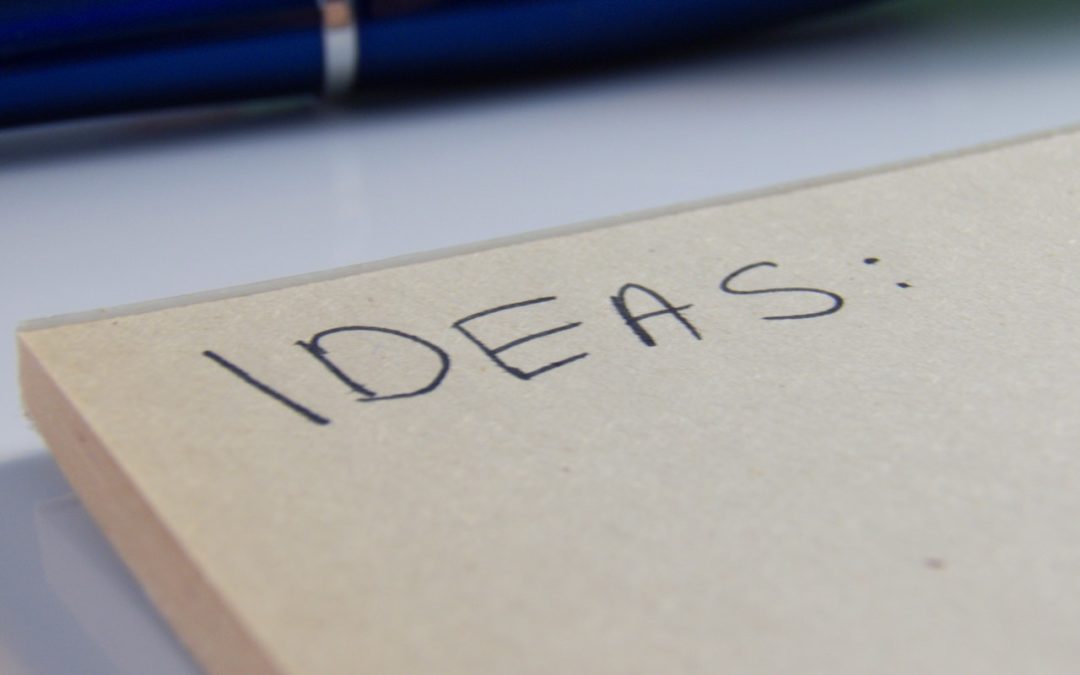 Last week, I was accepted on the Thinkers50 Radar list, composed of 30 management thinkers to watch in 2019. How I made the list, I am not quite sure. The entrepreneurs, researchers, advisers, and organizational leaders included in this list constitute a humbling collection of minds.

But upon hearing the news, after giving a jump of joy, I grew immediately more interested in what the OTHER thinkers to watch were up to. If you know my work, you know that my central belief is that ideas change reality, so if we can identify what ideas are emerging, we can get a glimpse at the future. The process works like this:

So I scoured through the list for clues as to what is coming next. The diversity of the ideas is remarkable. But if you step back, you begin to notice certain patterns that form the outline of an exciting future.

The world is accelerating

Multiple Thinkers50 Radar folks talk about the fact that we are experiencing an historic shift in the pace of change. For example, Leonard Brody, cofounder of Creative Labs, argues that we are living in a unique moment in history, when revolutionary change across sectors is occurring at a frenzied pace. Organizations must “rewrite” themselves, as Brody points out.

Ming Zeng, author of Smart Business: What Alibaba’s Success Reveals about the Future of Strategy, offers one of the most compelling visions I have seen of the organizations of the future. They must, he argues, evolve from old, diversified conglomerates into networks. If you have followed Alibaba’s remarkable rise, you have witnessed how networks will dominate hierarchies.

Perhaps the most significant trend we can glean from the Thinkers50 list is the growing prevalence of what I have been calling the “Be Good” concept: that corporations doing good is not only morally right, but it makes sense economically. To keep the networked, seemingly chaotic, organizational structures that people like Zeng advocate working requires installing a common purpose. Christian Busch, co-founder of Leaders on Purpose and Sandbox Network, identifies and researches leaders at the forefront of the growing purpose-led enterprise movement, exploring how they leverage purpose in shaping their organizational goals.

Javier Goyeneche, CEO of EcoAlf, argues that the need for purpose is driven by the fact that we are entering a new era in which consumers will demand that companies represent values that they identify with.

Jeremy Heimans, cofounder and CEO of Purpose, has established a global organization that builds and supports movements for a more open, just, and habitable world. He believes that “The future will be won by those who can spread their ideas better, faster and more durably.”

Marga Hoek, board member of Dutch Sustainable Business, chairman of Green Minds, and partner at Chairman Mentors International, has been exploring the central role profit-driven corporations can have in addressing the United Nations’ Sustainable Development Goals (SDGs), a list of 17 goals to achieve by 2030, including the eradication of hunger and solving the water crisis. As she says, “I firmly believe both business and capital can and should play a significant role in solving our global challenges.”

Disruption has been a scary word for incumbents. They have sought to protect themselves from “disruptors.” But now they are switching sides, choosing to be the disruptors themselves.

For example, Terence Mauri, author of The Leader’s Mindset: How to Win in The Age of Disruption and The 3D Leader (forthcoming in 2019), shows that instead of fearing disruption, leaders should adapt a new mindset and set of behaviors that turn disruptions into opportunities. This starts by embracing early trends and weak signals, seeing them not as threats but as openings.

The power of diversity

In the past, the idea of a strong culture was that by creating a common set of beliefs and behaviors, one could build a stronger organization. But increasingly we are seeing the costs of such consistent cultures because they risk decreasing diversity. Alison Reynolds and David Lewis, coauthors of “The Two Traits of the Best Problem-Solving Teams”, show, for example, that teams solve problems faster when they are more cognitively diverse.

Ruchika Tulshyan, author of The Diversity Advantage: Fixing Gender Inequality in the Workplace, shows that by dismantling barriers to access, one can build more inclusive and effective cultures.

The future is emerging. Embrace it or be left behind: