When Hierarchy is not an Option: A New Organizational Model For Fast-Moving Contexts 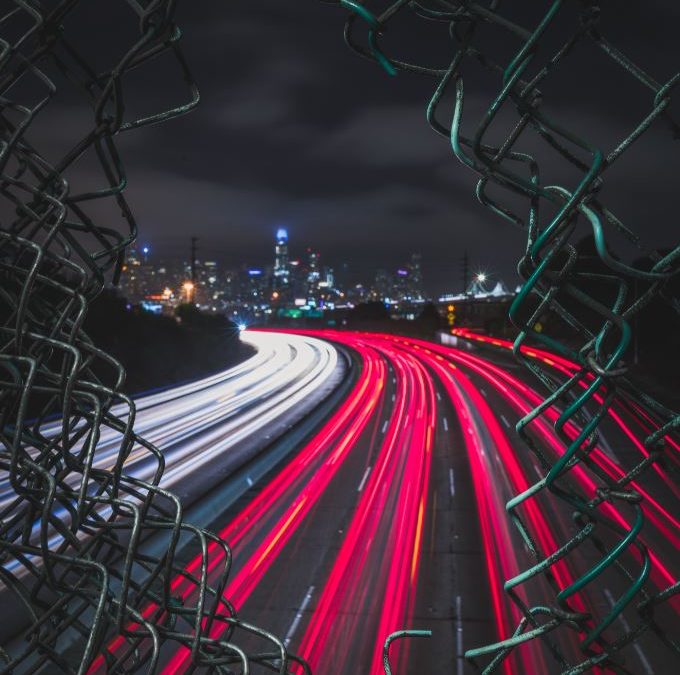 Earlier this month, I spoke at the Human Resources Directors Conference in the United Kingdom. At the conference, I shared some material excerpted from my forthcoming book, Seeing Around Corners: How to Spot Inflection Points in Business Before They Happen, about how easy it is for executives to get trapped into an old way of thinking—and the new type of leadership model that is required in today’s highly transient advantage contexts.

In my previous book, The End of Competitive Advantage, I pointed out that in many parts of our economy, the whole notion of sustainable competitive advantage no longer makes any sense. Instead, we need to be prepared for what I call “transient advantage” in which advantages emerge, can be exploited, and then go into erosion.

Take the gaming business. Over the last few decades, we’ve seen successive “waves” of games, from early arcade games, through the simple green-screen games to games available on CD, and today of course games played on phones and in massively multiplayer formats.

My point would be that if that’s what is going on outside your organization, you need to be able to create as much vibrancy inside your organization. But it is very hard for leaders to acknowledge that something is going to be going away when they have often invested a lifetime building the skills to make it a reality in the first place. We see this all the time—leaders who either deliberately or unwittingly fail to see that their environments may be about to change. A current example could well be Facebook, as evidence mounts that their business model is going to be severely challenged as times go forward.

In Andy Grove’s book Only the Paranoid Survive, he laid out a theory of how we need to be dealing with strategic inflection points. To paraphrase him, “snow melts from the edges.” As a leader in this type of environment, you need to be attuned to what’s going on at the edges of your organization because you can’t count on the information you need to be presented neatly at corporate headquarters. And in order to do this, you can’t have a typical top-down approach to leadership. Instead, a “crescive” leadership approach is warranted.

The phrase comes from some work Bourgeous and Broadwin did back in 1984. They were cataloging different models of leadership and for the most part could find theories and examples that fit the existing frameworks well. But in their inventory of leadership styles, they found one that didn’t quite fit. They dubbed this the “crescive” style, saying:

“The role of the CEO has moved from designer to that of premise-setter and judge. Here, the strategic problem revolves around the CEO’s ability to define organization purposes (i.e. set decision premises) broadly enough to encourage innovation, and to select judiciously from among those projects or strategy alternatives that reach his attention.”

To understand the types of things leaders must do in uncertain environments, I want to present a few interesting anecdotes that demonstrate what crescive leadership looks like.

1. Hierarchy creates the illusion of control.

Let’s first address how you think about control when you go beyond hierarchy. The example of Netflix is telling. Several years ago, Patty McCord, Netflix’s head of HR at the time, shared a presentation about its people strategy. She argued that you want to help people embrace the context—give them clarity around strategy, metrics, how decisions will get made—but you want to avoid the usual trappings of hierarchy—top-down decision making, approvals, committees. These things create the illusion of control, but in a world that’s changing rapidly, they ironically don’t provide you with actual control. The more you rely on top-down decision making, the less you get that input from the edges that’s so critical to the ability to respond to rapidly changing external environments.

Build-a-Bear Workshop had the typical entrepreneurial arc: It grew very rapidly, but in the peak of the recession, it got into terrible trouble. Sharon Price John, an experienced big-company executive (and Columbia Business School alumna) was recruited to become the company’s new CEO. When she first got there, what she found was a pretty demoralized organization. So she said, “You know what we need, we need a way of getting everyone focused on the future.” She created a rallying cry: “We’re going to earn a dollar this year.” They wouldn’t be hugely profitable, they wouldn’t change the world, but they would get themselves to a point where they could contemplate these things. It became something that people could hang onto and created a common purpose across the organization.

After being a senior leader at Boeing, Alan Mulally was asked to take over the leadership at Ford. Mulally introduced his famous “business plan review” process to Ford. In a well-known story, even as the company was set to lose around $17 billion, every executive at the meeting reported that there were no problems in their areas – everything was color-coded green. Green meant they were on track, yellow meant there were some issues, and red meant there was a serious problem. The culture at the company at the time was to not admit mistakes and just hope you could fix them before anyone found out. Mulally said something really profound: “You can’t manage a secret.” He argued that if they could get the data out on the table, then they would have the collective brainpower to fix the problems, but if they didn’t know the problems existed, then there was nothing they could do about it. And this became one of his principles of creating a “one team” culture at Ford.

Satya Nadella, the CEO of Microsoft, did two particularly profound things as he aimed to change the trajectory of the company. The first was that he tried to get his people to not think too much about profit and revenues—the lagging indicators—but instead focus on leading indicators like customer engagement and customer usage. One of the ones he talks about a lot is customer love, and to get that, you need empathy for the customer. And that extends inside the organization as well. Consider the well-known “Tay” embarrassment. Tay was an innocent Twitter chatbot designed to experiment with “casual and playful conversation.” Unfortunately, humanity is not nearly so innocent and Twitter users started to firebomb the bot with really ugly messaging, which it incorporated into its tweets. After a day, the experiment was pulled. Instead of blaming the team, Nadella wrote to them and said, “I believe in what you’re doing. This didn’t work out, but I’ve got your back.” So often, leaders with less courage blame it on the team, and that kills the ability to take risks and experiment within the company. If you don’t try new things, your ability to choose will be very very limited.

Michael Sikorsky, the founder of Robots and Pencils, believes that one of the things that will differentiate his organization is having an unfair share of technical talent. One of his core philosophies is, in fact, “follow the talent.” As an expression of this, the company created Fun Labs, in which the entire organization looks at the things each individual thinks will be important in the future, puts them in project proposals, and then votes on what to pursue.

Gail Goodman, the founding CEO of Constant Contact, credits her long tenure at the company with being able to get and absorb enormous amounts of feedback and putting huge amounts of effort into aligning her team.

7. Set a broad strategy and let people figure it out.

Larry Fink, CEO of the massive investment fund BlackRock, writes an annual letter laying out what he thinks are the dominant issues of the time. Over the last few years, he has focused on the topic of purpose, telling CEOs that he would be discussing how they take a positive role in their communities, how they treat their employees, how they give back, and how they deal with the diversity agenda. In other words, he would be paying attention to whether or not they were good corporate citizens before he invested in them. Notice that he didn’t tell them what to do. This is another theme of post-hierarchy leaders: setting a broad strategy, but letting people figure out what exactly that means.

8. The time to prepare for wartime is peacetime.

Tom Kolditz, a former brigadier general in the army who taught leadership at West Point, has pointed out that when times are good, people will put up with terrible, incompetent leadership, but when it’s wartime, and they need to depend on you to save their lives, that’s when you need to have laid the groundwork. He made an observation that even if it’s peacetime, you should use that time to prepare for wartime by building trust and showing you have their back.

The leadership inflection point is here. And the good news is that inflection points can be great, they can take you to new heights. Most important, you can systematically improve how to spot them, manage through them, and lead the organization along with you.