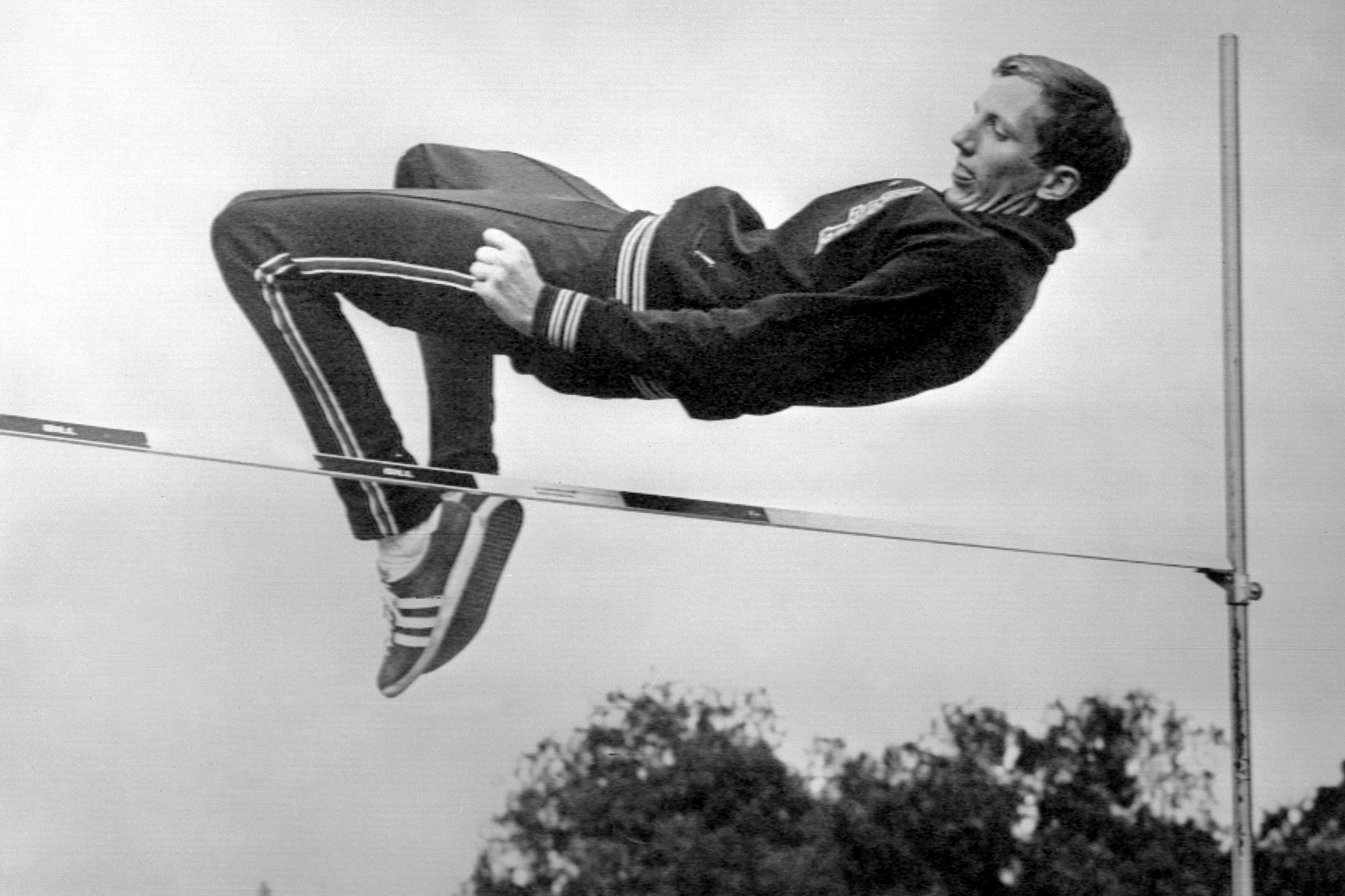 American high jump champion Dick Fosbury clears the bar during practice, 10 October 1968 in Mexico. Fosbury later won the gold medal at the Olympic Games with a jump of 2.24 m, while inventing a new style dubbed the "Fosbury flop", used ever since by high jumpers all over the world. AFP PHOTO

In 1968, Olympic fans and athletes watched in bemusement as a college sophomore jumped over the high bar backward. Until that day, every gold medal winner, indeed every Olympic athlete, who had competed in the high bar had gone over forward. Dick Fosbury literally turned his back on that tradition … won the Olympics … and forever changed the way the competition is played. Within eight years, 90% of high jumpers were using what came to be called the “Fosbury Flop.” Today, the Fosbury Flop is just the way you do things.

The introduction of, reaction to, and eventual adoption of the Fosbury Flop follows a pattern that offers three counterintuitive lessons for would-be innovators. It’s the same pattern behind the emergence of the forward pass in American football or three-point shot in basketball, behind the emergence of cloud computing, platforms, or blockchain in technology, and behind the growth in design-thinking or customer-centricity in business.

Whether you are launching a business, designing a strategy, or playing a sport, understanding this pattern could determine whether you end up the disruptor or the disrupted. It points to three counterintuitive lessons:

Stop trying to do what others can’t do

In the five or so decades that academics have been studying business strategy, the presumption has been that competitive advantage stems from doing what your competitors can’t do. You want to own technology, diamond mines, brands, capabilities, IP, or anything you can get your hands on that will deny your competitors a chance to do what you do as well as you do.

But this pursuit of doing what competitors can’t do has been misguided. No great company today was born this way. Yahoo could have done what Google did, GM could have beaten Tesla into electric cars, and Sears could have snuffed out Amazon. At the early stages of any disruptor, you will see the same pattern at play. Incumbents could have done what the disruptor began but they chose not to.

So, why would others choose not to copy you? Because of “cognitive entrenchment.”

In his outstanding book, Range: Why Generalists Triumph in a Specialized World, David Epstein puts his finger precisely on the answer: people who have developed expertise in any domain – running a car company or playing sports – begin repeating themselves. They develop a repertoire of moves that have worked well for them in the past and so they tend to repeat those moves. Eventually they stop thinking.

Acting intuitively is often an advantage. The 10,000 hours of practice needed to reach mastery in a domain tunes your intuition so that you can react quickly and mostly correctly. But when the rules change, experts with their well-developed intuition find themselves at a disadvantage. Professional accountants can more quickly and accurately calculate tax returns than untrained laypeople. But if you introduce a new IRS tax rule, untrained laypeople actually calculate the tax return more accurately than expert accountants.

When the rules change, expertise can blind you. You miss what Zen Buddhists call “beginner’s mind” and for that reason, the expert often chooses to keep doing what they are doing, to filter out evidence the game has changed, and resist adopting the new approach.

This “cognitive entrenchment” is what you want to look for. Disrupters – or “Outthinkers” as I like to call them – look for where incumbents are repeating themselves, have stopped thinking, have abounded the search for a better way.

But once you identify cognitive entrenchment, how do you step out of the trench to do something disruptive?

There was no new technology that suddenly made it possible to jump over the high bar backward in 1968. Foam landing mats had already been introduced in prior Olympics. So why was Dick Fosbury the first to attempt a backward jump? Why didn’t any Olympic athlete try four years before or eight years before?

What was missing was not the technology but the concept. And it was not until the concept was named “Fosbury Flop” that athletes and trainers could start studying and teaching the technique.

You will see this pattern in all technological and strategic innovations:

The key, then, to be the Outthinker, rather than the cognitively entrenched in-thinker, is to apply new concepts to your thinking. It is not the technology that determines your pace of innovation, it is your adoption of the concepts emerging around the technology. Cloud computing was not so much a technology but rather a new way to think about delivering software. Blockchain is not just a new combination of technologies but is, more importantly, a new way to think about creating trust.

When Dick Fosbury reinvented how high-jumpers jumped, he illustrated beautifully the path of disruptive innovation. Understanding this path can help you be the disruptor and avoid being the disrupted. To apply the lessons do three things: