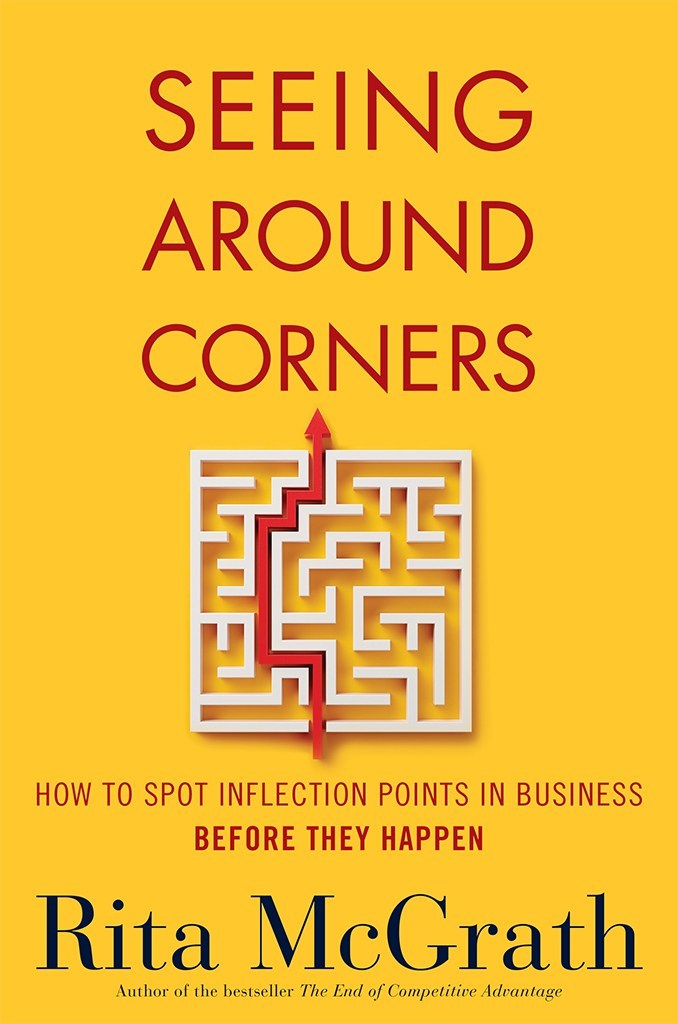 Last month, I was thrilled to attend Parliament’s PowerShift, a gathering of diverse opinion leaders, change-makers, creatives, and corporates seeking to find interesting solutions to some of today’s biggest challenges. At the event, I had the opportunity to speak with Peter Sims, CEO of Parliament, about some of the themes of my forthcoming book, Seeing Around Corners: How to Spot Inflection Points in Business Before They Happen.

In the book, I tackle the concept of strategic inflection points, which are those forces that change the assumptions we make about how to run our businesses, how to live our lives, and how we perceive reality generally.

So how do you see disruptive changes coming? How do you get outside of your own little bubble and out to the edges of your organization in order to see what’s really going on? Below, I share three main takeaways from my conversation with Peter about how leaders can stop making assumptions (and start seeing around corners).

1. Forget the past, embrace the future.

When I think about inflection points, particularly personal ones, I like to reference Apollo 13. The folks at NASA had to rescue the mission, and instead of doing the conventional thing—which was charging up the rockets and trying to get the ship home on its own power—what they counter-intuitively did was send it farther on its journey, and used the gravity of the moon to slingshot it back to Earth.

I think personal inflection points especially feel like that—like you’re not actually going back to the same space using the same techniques that you did before. That’s why part of the challenge is that it feels sometimes like a real loss in early stages. And it takes a while for you to get your footing and say, “Okay, I’ve now got that energy behind me, I can go on to the next thing.” And that’s really hard. A lot of people fail that test.

One of my favorite quotes that I ran across when researching the book is that “your future is highly likely to be dictated by forces that you have been trying to avoid.” And as Peter commented, a key piece of navigating inflection points is a willingness to embrace the unknowability of the future and acknowledge that you can’t control or plan everything.

I think we often look at strategic inflection points as negative. Take Kodak, for example. There was this sense of: “Oh no, film will no longer be the center of my universe, and that will be disastrous.” And yet, we’re now taking more pictures than ever in the history of humankind. If you cling to your old model, you view change as a problem. But if you embrace an inflection point, and view things positively, you’re in a position to benefit from the potential opportunity.

2. Stay true to your core competencies.

One of my all-time favorite stories from the book is about this obscure German metal services company called Kloeckner, which comes from the middle of the rust belt in Germany. In the metals business, you have big steel producers who make huge rolls of steel. Then there are the customers who buy metal products. In between, you have the services centers, this fragmented, low-margin industry of middlemen.

And this industry up until very recently was stuck in the 1970s. They were literally faxing orders to each other. Inventory was overstocked all along the supply chain. It was a bad structure. Gisbert Ruehl, the CEO of Kloeckner, basically looked around and said, “You know, we are living in a world with digital platforms. And we are in the era of YouTube. And if we don’t digitize our supply chain, our industry, someone’s going to do it to us. So let’s be the change we want to be.”

So over the last five or six years, they’ve been relentlessly trying to create platforms for the sale and trading of steel and related products. Today, they have their own platform and have been instrumental in growing a platform for the entire industry.

When they began their digital transformation, Kloeckner had two groups: the technology “cool kids” in their sneakers based in Berlin, and the engineers in Duisberg in the rust belt in Germany. As the two tribes were coming together, the CEO decided that it was important to be respectful of the people that had been part of their core business, and so for the first four years, he made it a point to always wear his suit and tie.

The reason that I love that story is because he was very clear: “Yes, the cool kids in Berlin are doing what we need to do, and they see the future. But that’s not our competitive advantage. Our competitive advantage is the deep, dynamic capabilities we’ve built up over decades in this business, and the only way we’re going to be better than the startup is if we can leverage that as well as the new thing.”

When you’re dealing with changes like these, it’s a real challenge to have the “cool kids” working very closely with the more traditional operational core of a company. It’s an absolutely critical skill to be able to bring the two together. Kloeckner’s success in this is even bringing an entrepreneurial lift to its home town of Duisburg.

In order to spot inflection points, you need to be positioning yourself in a place where the future is making itself manifest. I think especially if you’ve been successful for a long time, that’s one of the harder things for leaders to do—to be humble and say, “There may be people who know more about what’s happening than I do. Let me ask them.”

Let’s look at Netflix as an example: Over the past year or so, they’re stopped competing against TV stations or content providers. Now, they’re competing for every minute of your disposable time. And Peter asked me a very interesting question during our conversation. He asked me if I thought Netflix is good for society. On the one hand, for a relatively affordable fee, they’re offering an amazing assortment all kinds of interesting, quality content without giving away your personal information, without causing you to be the product, without being beholden to advertisers. That’s certainly a good thing. But like any company, there can be unintended consequences to some of the decisions that are made (just look at the social media companies).

So one of the things that I tell leaders to do is to make sure that they have enough diversity of perspective in their teams when they’re making decisions. This is the thing about inflection points: They don’t come out of the blue. There are always people who see the unintended consequences of things.

And the question is: Are you paying attention to them? Are you listening?