Brain-Controlled Prosthetics And The Brilliance Of Brutal Simplicity 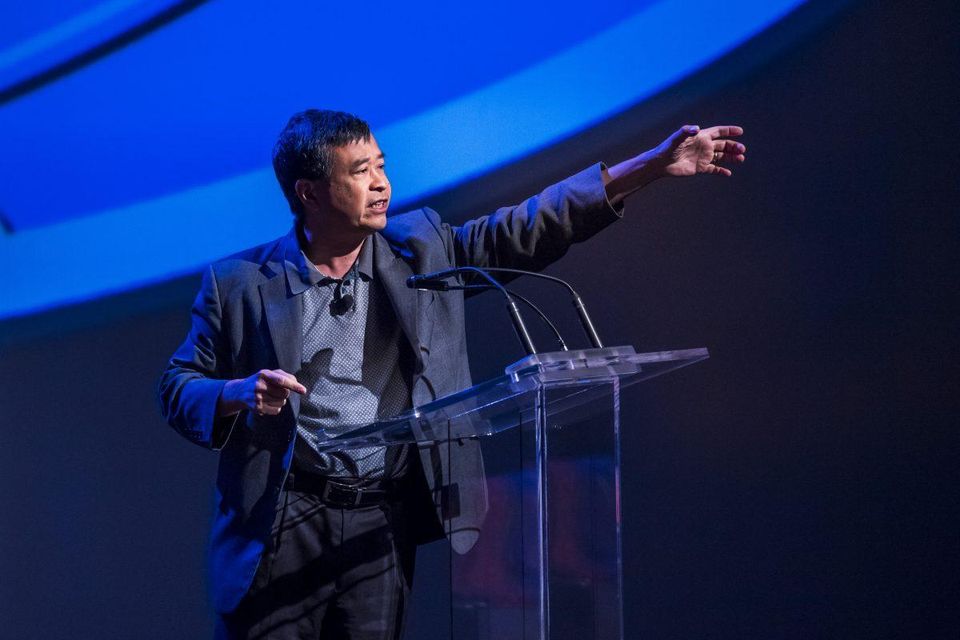 If you’re tackling a big challenge, try envisioning the simplest possible solution– and don’t let reality get in the way. In the early stages you’d likely be applying the current version of reality. The point of massive change is to change what’s possible.

Transformative solutions often start with simple ideas that appear impossible before the fact and look obvious later, if they succeed. Fred Smith founded FedEx with the insight that people might be willing to pay for delivery speed. The infrastructure and capabilities required to make FedEx work were Herculean, but the original notion was elementary and profound.

At TWIN Global 2018, The World Innovation Network’s annual confab on the future (for which I serve as chairman), physician, entrepreneur and former U.S. Army doctor Geoffrey Ling shared inspiring examples of the power of brutal simplicity. (See his spectacularly entertaining, meaningful presentation here.)

From Battlefield To Life

During his tours of duty in Iraq and Afghanistan, Dr. Ling and his colleagues often faced a shortage of essential drugs. Supplying pharmaceuticals in war zones can be exceptionally complicated. Having the right drug at the right time can make a life-or-death difference.

The US military took the problem seriously, though established solutions hadn’t resolved the challenge. Tweaking existing processes tends toward incremental progress and can even increase complexity due to duct tape and work-arounds. Occasionally, fighter pilots would shuttle generic drugs via fighter jet from bases in Europe. Imagine that fuel bill.

Later, as a program officer with the Biological Technologies Office at the Defense Advanced Research Projects Agency (DARPA), Dr. Ling asked, “could we produce the right drugs at small scale onsite, where and when required?”

Ignoring constraints, Ling and team recognized that most synthetic pharmaceuticals require a limited number of inputs to produce. “Give me an egg and a pencil and I’ll get you your drugs,” Ling quipped.

With this mission in mind, the DARPA team created a system capable of small-scale production of drugs near the point of demand. The size of a small refrigerator, it’s essentially a printer for pharmaceuticals. Today, with FDA approval, Ling is on track to commercialize the technology for non-military applications. The opportunities for enhancing care worldwide— and upending the global pharmaceutical supply chain– could be enormous. (This is a compelling example of what I refer to as proximity, which is transforming all industries. See my earlier Forbes article on how digital technologies drive proximity.)

During his service, Ling treated many soldiers and civilians who had lost arms. He wondered how we might create prosthetic arms directly controlled by the brain. While many initiatives exist today, Ling began exploring the idea in 2005. Most experts believed the notion science fiction.

Unfortunately, it’s difficult– though not impossible– for established organizations and experts to envision transformative solutions. They’re typically limited by the paradigms that led to their success. Agents of change arrive with different views of reality.

From a perspective of brutal simplicity, Ling asserted, “all we need is neuroscientists and engineers. That’s it. Easy!” The DARPA-funded project has since achieved working, brain-controlled prosthetics. They’re still rough, but imagine where such capabilities might go in the future. Partly as a result of the project, many other teams are engaged in similar efforts worldwide.

What is the real problem we’re trying to solve?

Why are we trying to solve it?

Without letting current constraints limit our thinking, what might be a minimum set of capabilities and inputs required to prevail?

The first question seeks clarity. Do we really understand the problem? The second tests whether we have the right problem in mind. Sometimes, probing uncovers more fundamental issues, changing our definition of the problem. The third question challenges us to seek as simple a solution as possible.

Just because a challenge is big, doesn’t mean the solution needs to be complicated. By applying brutal simplicity, Ling’s DARPA projects expanded the range of the possible, creating new realities.

*This article originally appeared on Forbes.com on April 15, 2019.