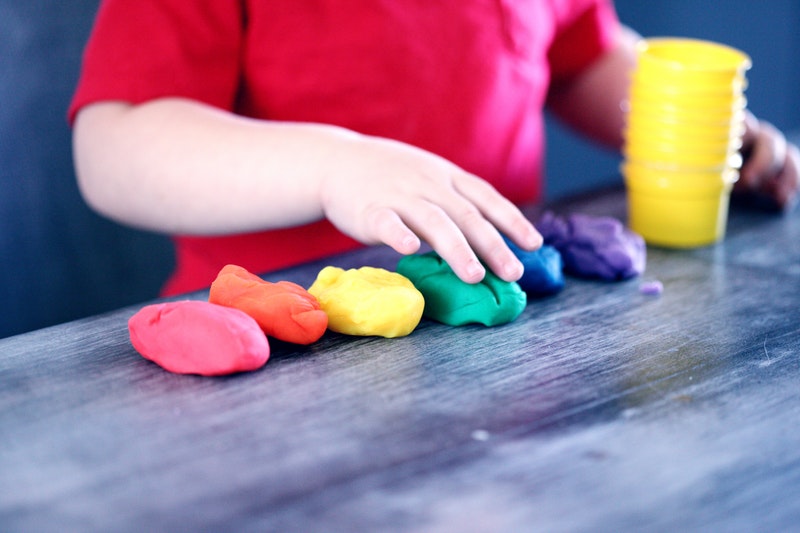 In the 1830s, an artist and tinkerer, Samuel Morse, directed his curiosity to a question few had considered before. Numerous scientists and inventors across the globe were working on the problem of how to communicate across long distances more quickly.

At the time, information could travel only as fast as a human could. Ink on paper would be rushed to its recipient by horse, later by canal, later by steam engine. Each innovation accelerated the speed of communication, but none could break the limitations that physics put on the written word.

While scientists and inventors around the world worked on plans that could accelerate the speed of communication (e.g., one team was working on a system of telescopes and flashing lights dotted across land), Morse approached the challenge from an artistic bent. He was more curious about the physical experience humans had in trying to decipher and make sense of blinks, how to paint signals onto paper.

His solution is now well known as the telegraph, which uses Morse code to print short and long lines (dots and dashes) onto a rolling piece of paper, each grouping representing a letter or number.

Revving up the speed of communication

Morse’s elegant solution ushered in the telegraphic era. He broke the laws of physics that had restrained communication speed. Thanks to his telegraph, for the first time in human history information could traverse long distances faster than a human could travel.

This breakthrough proved transformative. Telegraph companies embraced Morse’s invention, laying cables beside railroads. News of wars and elections now took moments rather than weeks to reach the world. Newspapers banded together to create the Associated Press, with front-line information being tapped to writers in distant cities.

Soon, others figured out how to transmit sound on these wires, which led to the telephone, then the internet.

A painter inspired by play

But here is the insight many miss about Morse’s invention. It is perhaps one of the most important innovation lessons that too many innovators overlook. Morse wasn’t driven by commercial ambitions. He was inspired by play.

Albert Einstein understood this truth when he said, “Play is the highest form of research.”

To Morse, the telegraph was an artistic pursuit. He was no businessman or scientist – he was an artist. He had studied visual arts at Yale, made extra money by painting portraits of his classmates, and was consumed primarily by building a career as a painter. His Morse code discovery was a serendipitous byproduct of his passion for transforming information onto paper.

Indeed, he actually had solved the telegraph problem five years before announcing it to the world. Because he was so engrossed in his artwork, his discovery sat idle in his studio while he worked on his painting.

Play your way to a breakthrough

So how much time you give yourself to play without a strict purpose or plan, driven by passion rather than profit, could very well determine if you will come up with the next breakthrough innovation.

How much time do you, do people in your organization, get to spend playing? If the answer is “not much,” then you might consider the long-term consequences. The play you do today could be the breakthrough you enjoy in the future.

Today, our narrative of innovation is dominated by finding and solving a pain point … in the market or with your customer. Such intentional, commercially driven activity could potentially kill off innovation in the long run. It creates a sense of risk because when these attempts fail to live up to their intended outcomes, we call them failures.

You can’t have success without failure

Failure and risk can be the death knell of innovation. The great innovators have always known this.

Honda’s founder, Soichiro Honda, said, “Success is 99% failure.” Jeff Bezos said that you have be ready to fail nine times out of 10. Thomas Watson, early CEO of IBM, said that you will find success “on the far side of failure.”

Great innovations often come out of failures. Christopher Columbus failed to find India and instead discovered America. Viagra was a failed attempt by Pfizer to produce a drug to relieve high blood pressure. The 3M Post-it Note was the outcome of a failed attempt to create a super-strong adhesive.

One way to overcome the cost of “risk” is to react to risk differently. Many organizational and cultural approaches are available to do this.

But I propose that solving the innovation challenge by attacking our organization’s risk-aversion is akin to those scientists who tried to make communication move more quickly. They focus on the wrong part of the problem.

Instead, take a lesson from Morse and look at “play” as an answer. When you are playing, you never fail. When you get intrinsic satisfaction from exploring, there is no risk of failure … indeed there can be no failure at all!

Here are 10 practical ways to inject play into your organization:

Photo by Sharon McCutcheon from Pexels