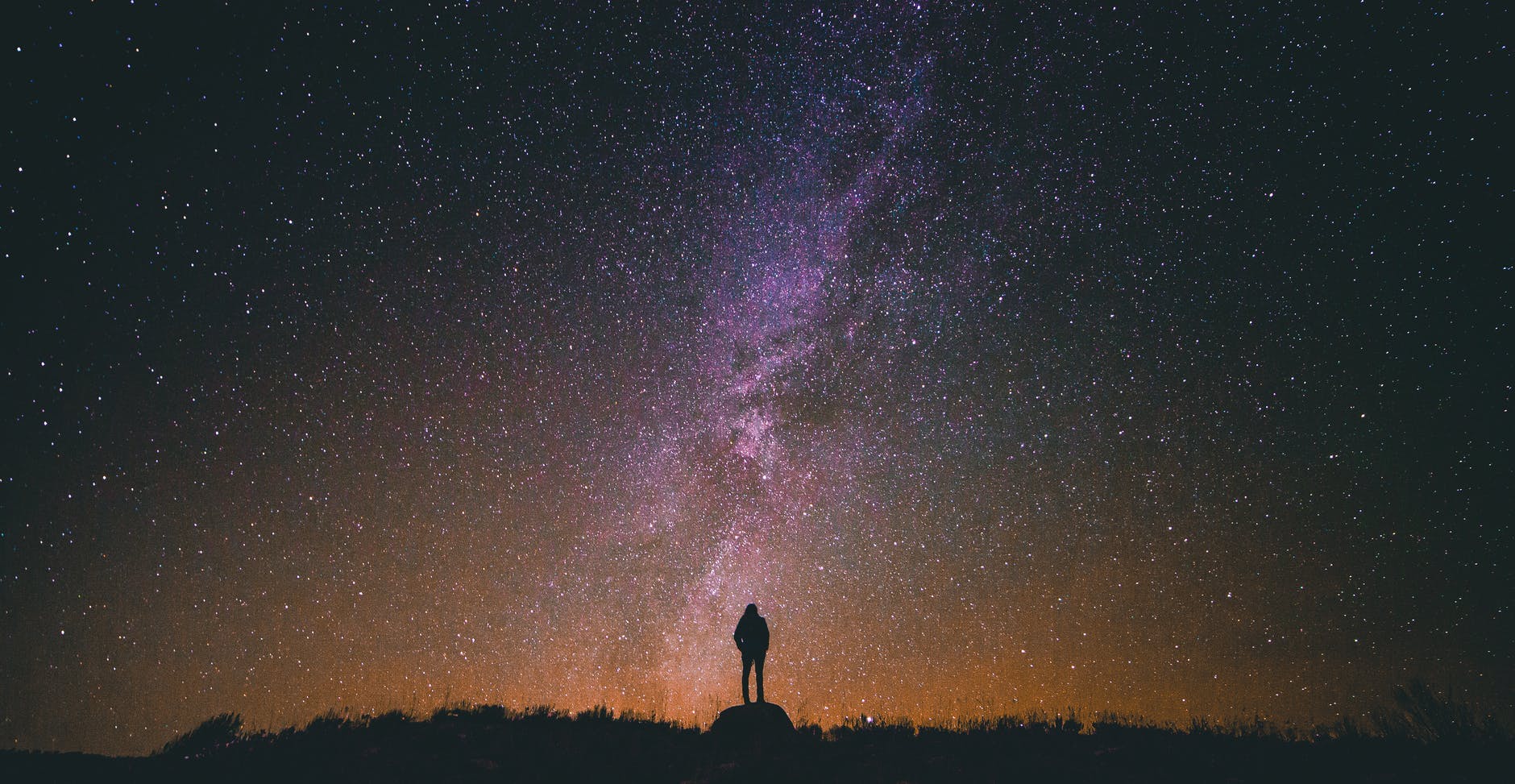 In a series of blogs, we would like to inform you about the main challenges and dilemmas that our societies are facing due to the spread of the COVID-19 virus. It is our strong conviction that the dilemmas caused by COVID-19 are shared amongst all human beings but that the reconciliation approaches are culturally defined. Also, we believe that reconciliations rather than choosing between two desired states lead to more sustainable results in fighting this evil virus.

We will organize these blogs around our 7 Dimensions of Culture model and see how different cultures approach similar dilemmas differently. A quick set of examples are the following dilemmas:

Looking at the generic dilemmas above, it is obvious that the COVID-19 crisis has given us plenty of examples to deal with.

If some people had doubts about how global the world has become, look at how quickly all citizens in the world were affected by this threat. The virus seems to experience no boundaries and hits our traditional life in fundamental ways. At the same time, it is also interesting to see that it is principally the nation state that takes action, obviously because our health institutions are national.

Even worse, nation states suddenly realize that they still exist and become extremely nationalistic. We hear Trump talking about the “Chinese Virus” and how he closed all the borders to people who have traveled to China or come from China and in the process left Asian-Americans in despair.

The second stage of Trump’s strategy was aimed at Europe. He claimed that infections were transmitted by Europeans because they were not effective in getting their act together to jointly fight the virus. So all inbound flights to the US from Europe were cancelled overnight on March 11. So are these well-hidden economic wars against China and Europe?

But also, it’s interesting to see that there are some Chinese people who claim it essentially is an “American Virus”. The Centre for Research on Globalization informs that both Japanese and Chinese reports suggest that the virus may have originated in the US. The Japanese Asahi News report claimed the coronavirus originated in the US, not in China, and that some of the 14,000 American deaths in the fall of 2019 may have in fact resulted from the coronavirus. On March 12, CDC Director Robert Redfield candidly admitted that some cases diagnosed as seasonal flu could have been COVID-19.

In short, the global crisis has shown that we become more locally minded, and this attitude pops up even within nations. In Spain, for example, there are a lot of accusations by the representatives of their provinces in Andalusia, Galicia and the Catalans that Madrid (having to fight most of the cases) is using its political power to get most of the tests and mask resources. Even the universalistic USA shows different approaches between the states. They seem to only share a healthcare system where the many poor people will be suffering most.

But what conclusions can we draw from this widespread set of localization in a global crisis?

Albert Einstein warned us that perhaps the best way to approach a problem is to go one level higher (also in consciousness) compared to the level where the problem originated. So, if you have a European financial crisis, you need the IMF to help you solve it. If the Italians have a serious COVID-19 crisis, you need Europe to help solve it. In short, you need the universal to solve the particular.

Health infrastructure and the coronavirus

In the last few months we have all had an important lesson on the importance of health infrastructure in halting and overcoming the coronavirus. Charles Hampden-Turner argues that cultures are better or worse in encountering particular circumstances. They make assumptions about social environments, and when that environment suddenly changes, the culture may be more or less adept at dealing with that changed reality.

If we go through the 7 Dimensions of Culture model laid out in the intro, then it is clear that this unknown virus is:

East and West can strengthen each other

But the West has its strengths too. Once something works, we tend to learn quickly to standardize it. In the West, we want to know the universal truth behind the particular case and try to get it into scientific thought and practice. You see this well in standardized medical and often universal chemical practice in the West.

In the East, herbs and other homeopathic treatments are often prioritized and seem to be much more particularized for the unique treatment of the patient. We want the West and East Asia to learn from one another.

Let’s still say this virus originally broke out in Wuhan to infect many. A brave individualist Chinese doctor, called Li Wenliang, spoke out about the danger of a virus he had discovered, but he was censored by his community in the form of the police and forced to withdraw his warning. Although the police action was later condemned, the action withdrawn, and the perpetrators punished, the damage was already done and precious time lost. Thousands in Wuhan were now infected. The doctor – who had never stopped his treatments of patients and knew he was right – died from many doses of the virus, possibly weakened by the exhaustion of his struggle. He was in his 30s.

What Dr. Li was trying to do was to be true to medical science and to healing by the use of his own judgement. He saw something potentially threatening and warned his colleagues. Had he been heeded, a world tragedy might have been halted in its tracks. Yet the police feared upset to the community and a particular disturbance as rumors, spreading like wild-fire, transferred from one person to the next. There are many more false rumors than world-shaking pandemics! So they tried to silence him. But note, had the doctor been heeded, not just the community might have been spared but the whole world.

In the end it is not either just medical science or particular anomalies but both. The West and East Asia can help heal each other. We each have what the other lacks. The arrow pointing from top left to bottom right shows how one set of values combines with another to strengthen a culture’s integrity.

While a strong dose of Western values might, or might not, have halted the pandemic in its early stages, there is little doubt that once it began to spread, East Asian values were more effective at dealing with it.

So what dilemma is represented by the preceding argument that is shared amongst humanity?

Compliance of rules vs. keeping people open to find their own way

Another major dilemma that we share is the degree to which we comply with the measures that our governments put on our behavior and the individual need to be flexible and deviate from these rules. In all cultures, you feel the tension in actual behavior. In universalistic cultures, there is a tendency to take the superimposed rules seriously, whilst in particularistic cultures, rules should apply to others (“I am an exception”).

Through our Corona Resilience app, we conducted a survey where we asked more than 500 users from various countries to respond to 12 statements representing six opposing ideas. Responses were given on a sliding scale from “Agree” to “Disagree”. Let’s see how 11 nations scored on the following two statements:

If we observe the results in the graph below, it gives us strong evidence that the combination of rules vs. flexibility gives support to the effective fight against the COVID-19 virus.

It is quite interesting to see that the countries in the top-right corner seem to be fighting the virus more successfully than those in the lower quadrants. Reconciling the rules with flexibility seems to increase the resilience of a society. Some of the scores are affected by the different reactions on crisis management. In normal circumstances, China is much lower in following standard rules but in times of crisis they are much higher than usual. Switzerland seems to score high on responding in particular situations, which is not known as their highest talent.

Recently we have seen that many societies look at this dilemma in quite different ways. In the Netherlands, for example, there is lots of respect for the RIVM, the Dutch Institute of Environment and Health.

These are the two questions we asked our survey respondents to find out the degree to which we bring the two opposing sides together. Again, they responded on a sliding scale from “Agree” to “Disagree”:

Here are those results:

Our argument is that when societies just blindly follow professional guidelines, they run the risk of being trapped into a situation that citizens can’t react to effectively in unexpected circumstances.   There are cases known where individuals follow the social isolation rules to such an extreme that harassment and violence in the family are rather a rule than an exception.

On the other hand, if we see citizens who have their particular needs prevail over the scientifically based suggestions of the institutes related to social distancing, such as many youngsters who feel invincible, we put a large number of older people at risk. It would be too obvious to suggest that for the reconciliation of this dilemma we should follow the rules of social isolation but within the household take the particular initiative to keep social distance.

More seriously, one of the hopeful signals in more effective societies is that you base your approach on serious guidelines in which citizens take initiatives to serve their particular needs. And again, we find that societies in the top right-hand corner of the above graph have an advantage over the ones in the bottom left-hand corner.

There are more aspects to Corona Resilience than simply assessment of compliance to the rules that our national institutions dictate. Use the Corona Resilience app to explore our integrated approach based on our extensive research and consulting practice in how to test your resilience against the virus. This app enables you to quickly assess your individual and your society’s Corona Resilience Profile and gives you some personalized feedback and explanation of our methodology.