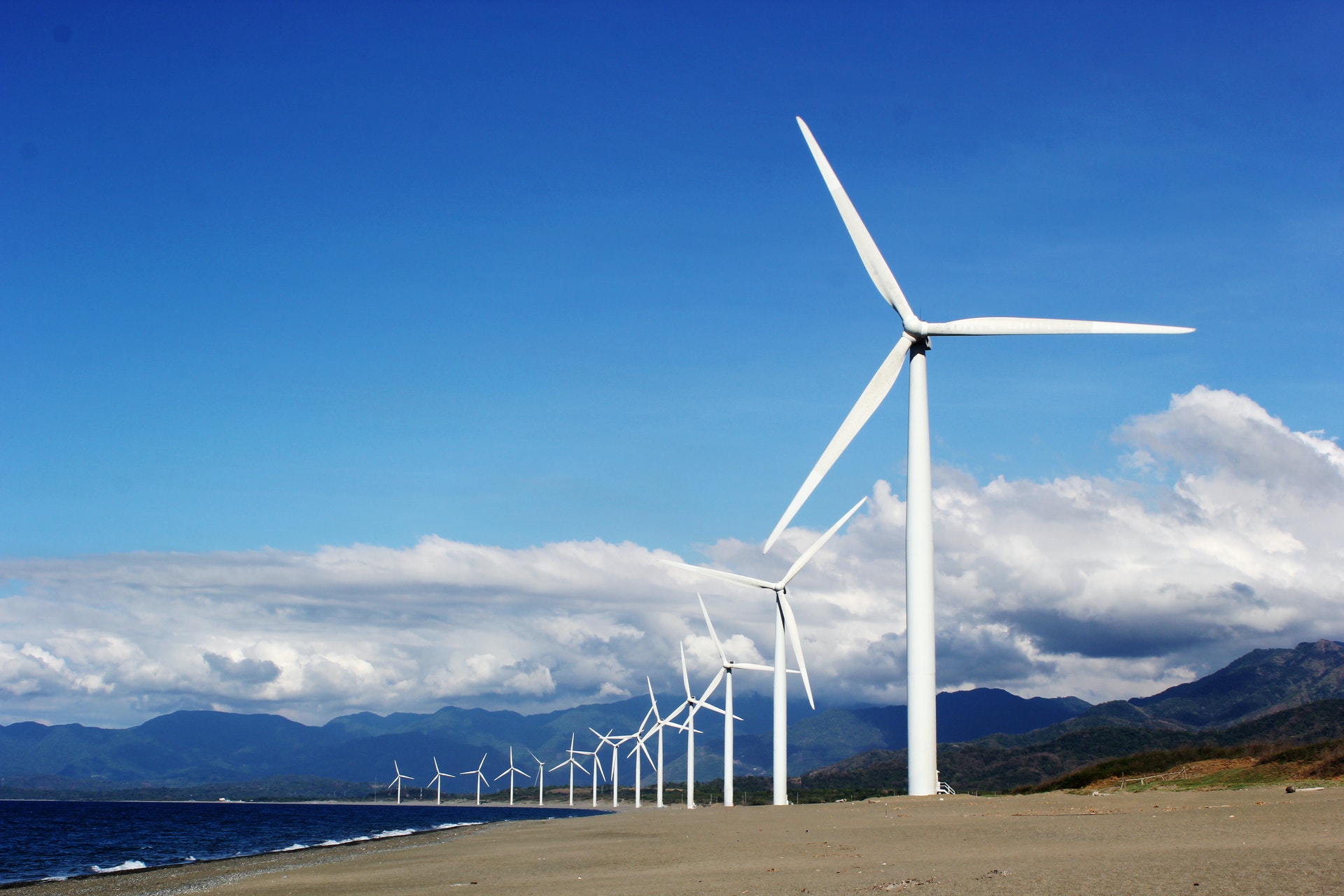 As I skim through the morning stock market brief, renewable energy seems to ceaselessly reappear as a prominent figure in comparison to fossil fuels. Noting on these trends, I ask myself if renewable energy could outplay fossil fuels, like automobiles outplayed horses?

Horses have been used for centuries for transportation. They were reliable, abundant, strong, and relatively inexpensive. When automobiles were first introduced in the late 1800s in Germany and France, their technology was minimum, and their prices were steep. However, the Ford Model N — which sold for a moderate $600 and had a four-cylinder, 15-horsepower engine — marked a step in advanced technology at an affordable price for the middleclass.

The rest of Ford’s story is history, as they say, with Ford advancing their production methods and models to develop cars for any kind of person, and horses slowly becoming antiquated in transportation. This success story is, in fact, similar to that of solar power and other renewable energies, which were introduced expensively in a fossil fuel-dominated world but worked their way to becoming more desired, innovative, affordable, and economical than their competitor.

Discovering the power of the sun

When photovoltaic cells, which are the foundation of solar panels, were used to create the first solar battery in 1954, the product was outlandish and not very functional. It was not until 1958 that solar batteries were used in satellites (a standard for today’s satellites): Vanguard 1 was the first solar-powered satellite sent to space.

In the following years, photovoltaics’ electrical capabilities were expanded to powering off-grid homes, weather stations, and other premature technology with solar panels and batteries. However, consumers timidly turned away from the high price of solar panels

Bloomberg reports that they “went for more than $100 per watt in 1976. A residential solar installation needs output of at least several kilowatts,” so homeowners would have spent “tens of thousands just on panels, not to mention the costs of engineering, installation, and power equipment.” 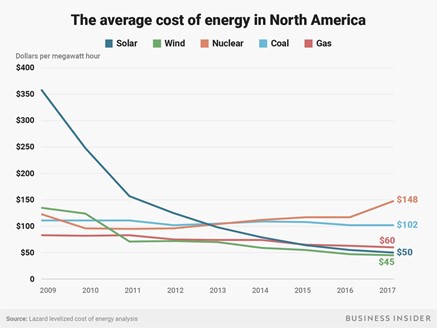 A shift in value

Companies today compete for the lowest price in solar panels, where the cost for electricity and materials is the cheapest it has ever been. Bloomberg recorded that in 2019, “one PV panel cost $0.23 per watt — a 99.3% decrease,” from 1976, and “entire systems now cost less than what the PV module alone cost just seven years ago.”

Not only are solar panels today more economical but they are also more efficient, resilient, and reliable. As a result, the value of solar panels, including other forms of renewable energy, has soared.

Depicted in the graph compiled by Business Insider, we obtain a visual on trends in energy costs in North America, where coal and gas prices per megawatt hour have surpassed renewable energy such as solar and wind. Forbes writes that “[e]ven the most expensive renewable energy technology, concentrated solar power (CSP), is competitive against fossil fuels in some circumstances. The cost of developing a CSP plant … [has a global] average price of around $0.18/kWh,” according to a report from the International Renewable Energy Agency (IRENA).

Comparing these values to fossil fuels, oil and gas prices range from $0.05/kWh to over $0.15/kWh. Based on these values we infer that the consistent advancement in technology and diminution of renewable energy prices has earned green energy more attention and evidently increased the value of it. As a result, naturally there has been an overwhelming increase in support through investments and energy purchases. Ultimately, the shift in success and value of renewable energy has assisted in fighting the climate crisis and gives hope for a better future for the environment.

The prices may raise eyebrows because of the tax benefits solar energy has through the investment tax credit (ITC). The ITC “allows you to deduct 26 percent of the cost of installing a solar energy system from your federal taxes.” However, the wording is key, where the tax reduction is only for installation and not the actual cost for energy, the figures for which were given above.

From the introduction of solar energy, some companies emptied their pockets because they cared about the environment and it was the green choice. But if we consider the economic argument for solar, then the majority of profit-motivated customers and corporations will come in line, thus further lowering the cost of solar.

When investors notice this trend, they will start pouring their money out of traditional fossil fuel investments and into sustainable ones. This frenzy creates a virtuous cycle and ultimately allows solar power to replace fossil fuels.