Community Coordination: How Digital Connectivity Will Power Revolutions of the Future 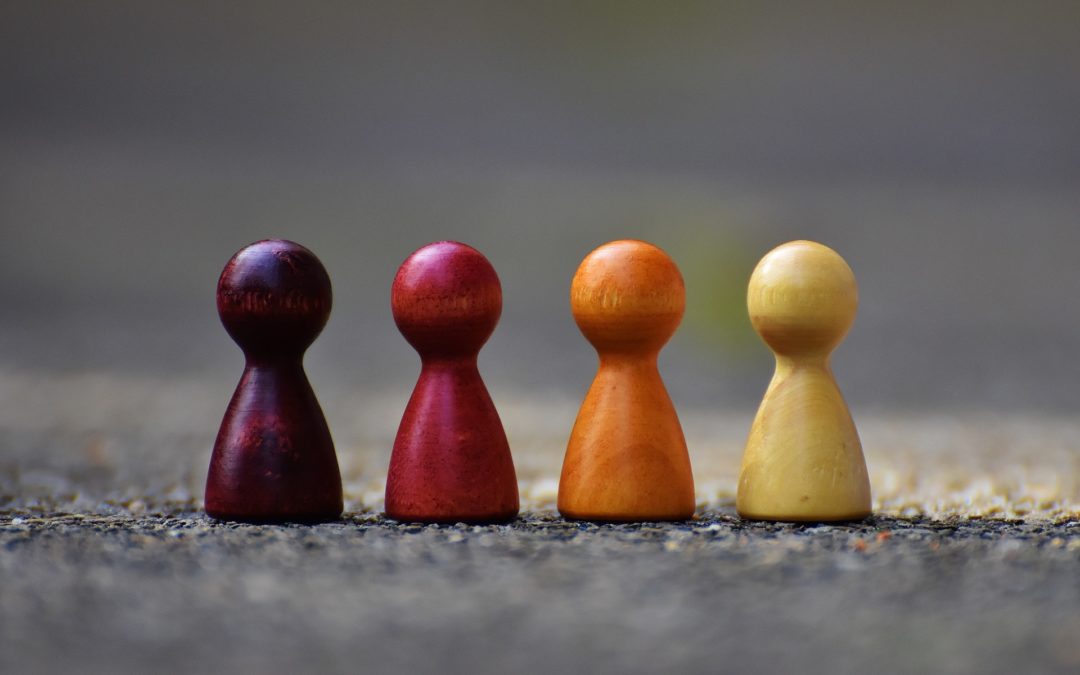 Last month, we introduced our 2021 Business Trends report based on in-depth conversations with top CSOs in our Outthinker Strategy Network. We will be expanding on one of these trends every week with the intention of supporting your organization’s strategy for the next year and beyond. This is our eighth installment.

Newsletter subscribers will receive early access to each weekly announcement. If you want to be the first to receive the latest updates, fill out the form at the bottom of this page to subscribe to our newsletter.

In two of our previous trend pieces, The Future of Work and Future Organizational Models, we reviewed how traditional systems of hierarchy are being dismantled in the workplace. But this trend extends far outside the office. It’s touching all aspects of how we form communities within society and how and why we gather in groups.

Stay-at-home policies enforced by COVID-19 have made us exponentially more digital and connected than ever before. Platforms that gather communities and foster connections, in-person or virtually and increasingly without an official “leader”, are uprooting outdated traditions and creating necessary cultural reform.

Revisiting GameStop: the power of the people

This week, GameStop released its fourth-quarter earnings report that was, compared with all the hype surrounding the company this year, quite anti-climactic. However, in spite of lackluster results, what happened in January 2021 continues to shake Wall Street to its core. A slew of day traders, left hanging out at home in their slippers, fueled by new trading platforms with low barriers to entry, were able to unite via Reddit to “stick it to the man”, rocking the establishment and upsetting hedge funds’ best-laid plans.

My earlier examination of why the GameStop situation occurred explores what can happen when communities, connected by technology, band together to take on unjust systems. The Atlantic sums up the series of events in a sentence: “The GameStop saga is a ludicrous stock mania born of pandemic boredom and FOMO, piggybacking off of a clever Reddit revenge plot, which targeted hedge funds, who made a reckless bet on a struggling retailer — and it’s going to end with lots of people losing incredible amounts of money.”

But was it only boredom that fueled the uprising? Investor and former White House Communications Director Anthony Scaramucci called GME a “French Revolution of finance” challenging the established order and rattling the bars of tradition.

Across categories, we are seeing companies harness this power of technology to “coordinate the uncoordinated”. Like Turo allows car rentals between individuals and Airbnb enables the same for home rentals, consumers, tired of getting the short end of the stick, are losing faith in the “middle men” and restructuring industries to counter disenfranchisement and take back their power.

Mass mistrust: insurrection at the Capitol

Earlier this year, another example of community coordination powered by digital connectivity threatened one of the United States’ most secure structures. On January 6, insurrectionists, united in their growing distrust in the presidential elections process and invited to gather by remarks on alternative social networking sites like Parler and messaging app Telegram, came together en masse to force entry into the US Capitol Building.

The storming of the Capitol was a violent attempt of extremists, conspiracy theorists, and disgruntled American voters to express their dissent at the possibility of not having their voices heard. Their ability to coordinate and infiltrate one of the most highly protected buildings in the US further demonstrates the power of a group of individuals connected by technological platforms to battle longstanding systems.

A gaze into the future shows that this trend toward community coordination, enhanced by digital connectivity, is only going to increase. A major characteristic of Gen Z, the next generation of consumers currently aged 6-24, is their willingness to mobilize themselves around a cause. Young people today believe in their ability to create change and they are putting pressure on brands to act ethically.

While an outsider from an older generation may roll their eyes at a bunch of young people with their faces constantly turned toward screens, this digital-native generation is using that technology to come together and impact the world. Beyond traditional social media sites like Facebook, Instagram, and Snapchat (all of which are widely used by Gen Z), gaming platforms such as Minecraft, Roblox, and Fortnite present new worlds where players can meet, create, and tackle challenges together.

Members of Gen Z don’t discriminate between friends they meet online and those they meet in the physical world. A McKinsey survey reveals that they value online communities “because they allow people of different economic circumstances to connect and mobilize around causes and interests”. Sixty-six percent of survey respondents believe that communities are created by causes and interests, not by economic backgrounds or education levels. Fifty-two percent of Gen Z-ers believe it is natural for an individual to belong to groups, compared with 45 percent in other generations.

So what does this trend mean for businesses? Next week, we’ll explore Digital and Platform Models and how companies like Uber, Airbnb, and Netflix are “coordinating the uncoordinated”. But for now, how can a company address growing mistrust and demands for ethical responsibility, while enabling society’s growing inclination toward coordinating their own communities?

Lemonade, the renters, pet and homeowners insurance provider, and one of the Certified B Corps to go public in 2020 with a $2B valuation, points the way. Started in 2015 by Daniel Schreiber, a hopeful tech entrepreneur, and Shai Wininger, the successful founder of the freelancing platform Fiverr, Lemonade is harnessing the power of the people to disrupt the insurance industry. At the beginning, Daniel and Shai were complete novices to the insurance industry, but they noticed how dissatisfied people were with their current policies due to a lack of transparency across the industry and payouts being late or rejected.

From sketches on a whiteboard, they drew the model of an insurance company with a mission to make insurance simple again and a greater vision to “transform insurance from a necessary evil into a social good”.

How does an insurance provider embody decentralization and reestablish trust with their customers? Lemonade takes a flat fee of 25% and uses the remaining 75% to cover claims and taxes, and to purchase reinsurance to limit liability. When a customer signs up for a Lemonade policy, which they can do on their phone with chat powered by AI and machine learning, they are prompted to choose a cause to support with any leftover premium. Whatever amount of the 75% is leftover after paying claims will be given to a Giveback charity of the policy holder’s choice. Customers who choose the same cause are grouped together in a cohort.

Lemonade also uses smart contracts on the blockchain to provide speed and transparency to its users. Blockchain technology tracks transactions and interactions without a centralized authority. In the insurance industry, this creates trust, saves times, and prevents false claims. When a claim is made, these smart contracts immediately work to verify the loss. At Lemonade, about one-third of claims are settled in three to four seconds by a bot.

While Blockchain makes it unlikely that fraud will pass through the system, customers are also discouraged from making false claims knowing that they will be cheating charity, rather than a greedy insurance provider. Because of Giveback, if a policyholder’s apartment is robbed and their items turn up after payout is received, they are more likely to return the money.

Using the transparency of blockchain and instilling a “Be Good” mindset deep into its business model through the Giveback program is working for Lemonade. Clearsurance ranked the company #1 of 270 in customer satisfaction among renters insurance companies. A CNBC Disruptor 50 company, Lemonade’s shares more than doubled on its IPO day. Though still a young company with low profit margins, Lemonade’s attention to community coordination and customer trust while benefitting multiple stakeholders should keep its future looking bright.

The GameStop stock story and the storming of the Capitol are two tumultuous events that show how communities are being empowered by digital connectivity to unite, take action, and make their voices heard. Individuals are coordinating without an official authority figure, and the behavioral habits of Gen Z point toward a further increase in purposeful gathering in the future.

These societal shifts are echoed by technological innovations, like blockchain, which powers transparent, decentralized transactions between parties. And companies like Lemonade show us how businesses can leverage these technologies to satisfy companies and inspire community coordination.