Channel 13 and the Vocabulary of Web3 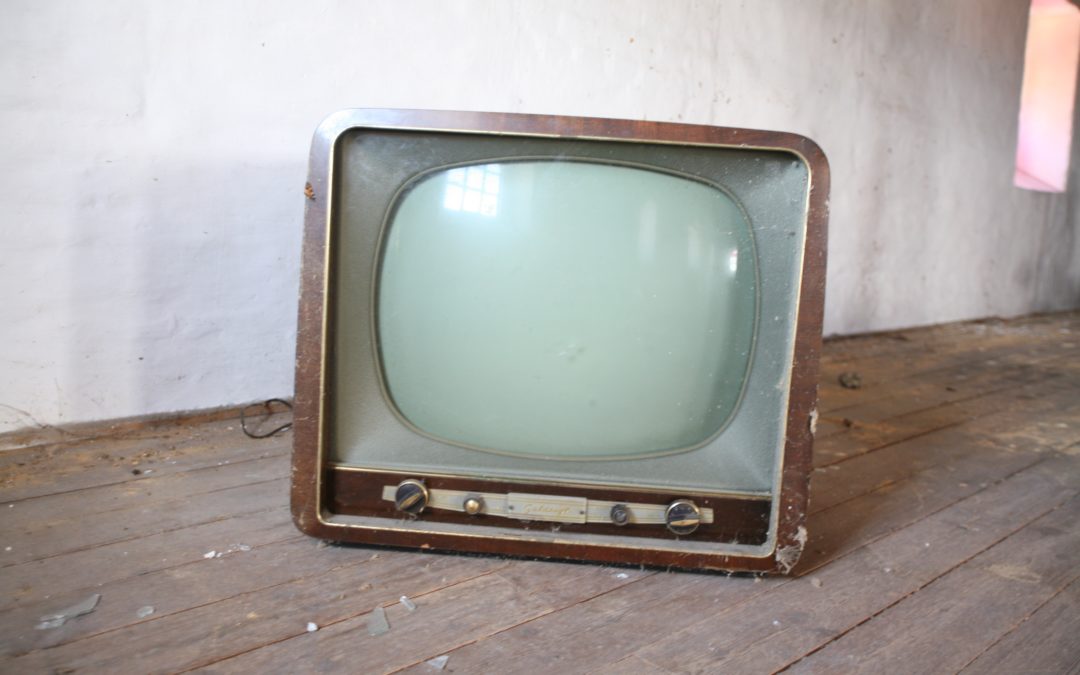 Why Billy Joel confuses my kids …

A few weeks ago, my wife and I took the kids to see Billy Joel at an arena 40 minutes from where I grew up. He had just taken the stage – a platform the size of two basketball courts, open on all sides, with a roof three stories high. Our kids listened, surprised to see hundreds of mostly parents sing along to songs they had never heard before.

Some of the lyrics resonated with them, like when they heard, “We didn’t start the fire. No, we didn’t light it, but we tried to fight it.” My kids translated the “fires” Joel rants about to the ones we are leaving them with. Just substitute climate change for H-bombs, and Putin for Stalin, and they could relate.

He played one of his biggest hits – “Pressure” – the message of which is apropos today: that the present generation is leaving the next with a world in chaos.

But then came a line that confused the kids: “All your life is Channel 13.” Channel 13? What’s that?

For those who grew up with 300 channels or streaming services, back in the day we only had three or four channels. Channel 13 was usually the channel you tuned to for the news (I’ll explain what “tuning” means another time). Joel is basically saying, you turn on the news and ask, “What does it mean?” The world is confusing and overwhelming.

… and how that confusion illustrates why I can’t explain Web3

The fact that they didn’t understand the reference hit home hard for me the following week when I was in Miami in a room filled with 18 futurists, entrepreneurs, and experts in Web3 as part of Rob Wolcott’s TWIN Impact conference. For those learning about Web3 (and that includes just about everyone), the New York Times defines it as the idea of a new kind of internet service built using decentralized blockchains where there are no authority figures, but rather creators and users exchanging tokens of value.

I was at the conference to facilitate a discussion about how decentralized models enabled by blockchain and other Web3 technologies and concepts would shape industries. What would replace the central authority?

After four hours of mind-bending discussions, one of the major conclusions we came to was that this was a generational thing. The older people, like me, in the room just struggled to get their heads around the concept that no central arbiter would be needed – no bank to officially say what your checking account balance was, no credit card system to authorize transactions, no university to confirm the degree someone earned. But for the younger people in the room such a future was not only not scary … it was inevitable.

Terms like NFTs, Layer 1 and Layer 2 blockchains, smart contracts, staking, and DAOs rolled off their tongues with ease. It was like they were native French speakers and we were trying to converse using the vocabulary we picked up watching Peter Sellers play the Pink Panther (I know, another reference my kids won’t get).

The critical link here to understand and potentially bridge the gap between generational mindsets, and indeed between today and the future, is this: language shapes thinking which shapes reality.

Getting versed in Web3 language

For several years now, we at Outthinker have been noticing a shift in the language around strategy. Organizations that talked more about power coming from coordination rather than control – what we call “coordinating the uncoordinated” – were pulling ahead, while those whose strategic language aligned with a world view of control – controlling the diamond mines, IP, oil – were slipping behind.

Web3 is the next iteration of this coordination trend. Platforms like Uber and Airbnb coordinated artifacts around them, but still centralized power. They set the rules and controlled the transactions.

But new approaches to coordinating are emerging, grounded in technology but more importantly in new concepts, that are coming to represent a superior (i.e., less costly, more fair, more frictionless) alternative to centralized coordination.

While we cannot know exactly how Web3 will evolve, we do know that if you want to play a role in the future it may create, and especially if you want a chance to influence what that future might be, it’s critical that you start learning its new vocabulary. Not only to be able to understand how it might impact your business and life, but, more importantly, to begin building the conceptual worldview that this new vocabulary will shift in you.

Here are four concepts you want to add to your vocabulary (in full disclosure, these come from the best primer we have found yet on Web3, published recently by 11FS):

We’ve always relied on a central authority to confirm ownership – a municipality that confirmed you had a deed to your house, the department of motor vehicles that could confirm your car was yours. But Web3 allows us to prove ownership without a central authority. A blockchain network maintains a record of every asset owned by every person (or precisely by every “wallet” today and in the past).

Until now, assets have been lifeless. You own a painting or an account with $1,000. There may be rules around those assets, for example a will that says to whom that painting and cash should go if you die. But the assets and rules have been separated.

With Web3, the assets and rules can now merge. You don’t own just a physical painting, you own an NFT for the painting, which comes with certain programmed behaviors. For example, if the painting is sold for “X,” the program might specify that 10% of the purchase amount is sent as royalties to the original artist and the remaining 90% to the owner. They can come with a set of “if/then” statements attached, much like “put” or “call” financial derivative options do today.

Perhaps the toughest concept to get your head around, “composability” points out that programmable assets can be remixed to create new types of assets. In my derivatives class at Wharton years ago, my professor showed that you could quickly get into the steel mining business by buying call options and selling put options on steel prices. The resulting payoff profile simulated that of a company that produced steel.

Web3 spreads this power beyond Wall Street traders so that anyone might combine digital assets to simulate the payoff of steel or any other industry. It also expands this ability beyond finance. For example, today, football fans can build fantasy teams for bragging rights, but in the near future might actually assemble (compose) shares of sponsorship rights of their favorite players into a virtual team and actually become team owners.

A simple, but profound, concept that Web3 enables is decentralization. This was the topic of the session I helped facilitate in Miami.

Look at your industry and ask where authority and control centralize (banks, accountants, regulators, etc.) and imagine a world in which no such centralized power base exists. How would this change power and profits?

The vocabulary that stems from these concepts will shape how Web3 evolves and how it shapes all industries, including your own. It’s worth starting to familiarize yourself with it. If you don’t, there is a risk you will find yourself years from now watching Channel 13, on your cathode-ray-tube TV, from your couch, eating a TV dinner.