Will Web3 Make Us All “Prosumers”? 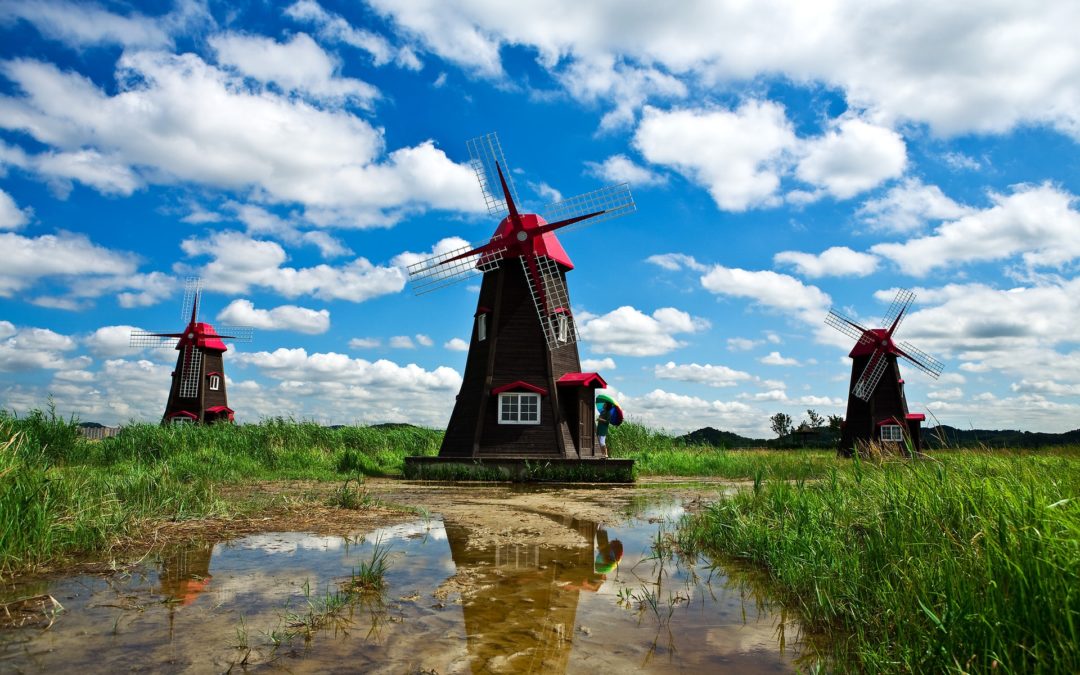 Like many inventors, Cleveland resident Charles Brush was ahead of his time. By 1888, he had constructed a 144-blade windmill in his backyard that powered 12 batteries in his basement. At capacity, the propeller system connected to a dynamo could generate about 1,200 watts of electricity—enough to light up Brush’s home. The December 1890 edition of Scientific American called it the only successful system of electric lighting operated by means of wind power known in the era.

Brush was an early example of what we now call “prosumers” — consumers who also produce (and sometimes sell) the products and services they use. Prosumers are on the rise in the power industry, where energy customers have invested in rooftop solar panels, wind turbines, electric vehicles, and storage batteries to power their own homes and to sell excess energy back to the grid.

Prosumption enables everyday consumers to join the utility ecosystem, taking what was once a bi-directional flow of power from centralized utility companies to distributed users, and shifting it to a multi-directional, decentralized network of utility generators, prosumers, and microgrids.

It’s not just the power industry where the trend has been happening. The first mention of prosumers appeared in 1970 in futurist author Alvin Toffler’s Future Shock. Toffler predicted the “emergence of the combined role of producer and consumer, or the trend of do-it-yourself (DIY) in every aspect of life.”

The population of prosumers is growing across industries, and emerging Web3 technology—the new version of internet backed by decentralized blockchains—may turn us all into producer-consumers in many aspects of our lives.

The rise of prosumers across industries

Looking across industries today, we see Toffler’s prophecy coming true. In travel and transport, the sharing economy, popularized by companies like Airbnb and Uber, turned certain customers into prosumers. In healthcare, wearable devices, artificial intelligence (AI), and the internet of things (IoT) offer insights that empower patients to take part in their own diagnostics and treatment plans.

In education, classrooms that once held a teacher lecturing to an audience of students have become learner-centric, personal learning environments where teachers assist students in co-creating their own development of knowledge. Higher education students are more often foregoing pre-packaged university programs to build their own education plan from online courses and work experience.

In fashion, heightened focus on sustainability is driving many companies to adopt circular initiatives, where customers can sell previously purchased items back to the company to be resold as pre-owned garments.

Today, prosumers are participating in the creation and production of products, services, and information in nearly every industry, and nowhere is their existence more visible than in media and publishing.

Prosumers on the web

The social video platform TikTok now has 1.2 billion users worldwide, and about 83% of them report having uploaded a video. On YouTube, over 400 hours of content is uploaded every minute. Somewhere between four million and seven million blog posts are published daily. From the first website in 1991, the internet has evolved from a one-sided information-sharing platform to a dynamic and complex participatory experience.

In a recent interview, Kalina Nikolova, VP of Business Operations and Strategy for Yahoo Inc., described the shift toward a prosumer landscape in media and publishing: “The media industry has changed so much…The mass of communication and content out there was traditionally created by media companies (in publishing or TV) producing professional content. Now anyone can create content. This enriches the experience for the consumer by including their own participation and hearing from other content creators…It’s become much more open, democratic, available, and accessible.”

Web 1.0 was defined by web pages disseminating information online to a broad audience. Web 2.0 implemented user-generated content via social media—reviews, blogs, photos, comments, and soon video proliferated. However, at that point, only a few dominant platforms could control access, data, history, and storage. Web 3.0, which research shows is already unfolding around us, offers an enhanced environment in which prosumers may thrive.

Web3 and the future of prosumption

Computer scientist Gavin Wood, who coined the term Web 3.0, which has been shortened to Web3, defines it as “an alternative vision of the web, where the services we use are not hosted by a single service provider company, but rather they’re sort of purely algorithmic things that are, in some sense, hosted by everybody.”

In this decentralized web without authority figures, anyone can act as a contributor or owner. If you’re thinking, “What’s the difference from Web 2.0? Aren’t we already able to publish content?” imagine a world where creators and publishers would not need a dominant platform to share their work, would wholly own it, and would get paid for it. Combine this with increased privacy, security, and transparency of not having to rely on one or a few powerful companies to host.

A journalist can create her own network of supporters and readers. An artist can sell his original pieces and receive royalties via cryptocurrency without fear of being counterfeited. A community of solar panel owners can form their own microgrid. You could become an owner of your own data and decide exactly when, with whom, and which pieces you want to sell or share.

We have grown accustomed to the internet world of Amazon, Google, WordPress, YouTube, and TikTok. What does our current web look like when those intermediaries are removed? To help wrap your head around the long-term possibilities, consider:

The boundaries of Web3 are still being defined, but the implications represent another major disruption in how we think about and view the internet, one that brings prosumers front and center and hints at converting us all into prosumers of the future.

We encourage you to learn along with us and will be exploring these topics in an upcoming Outthinker event series.