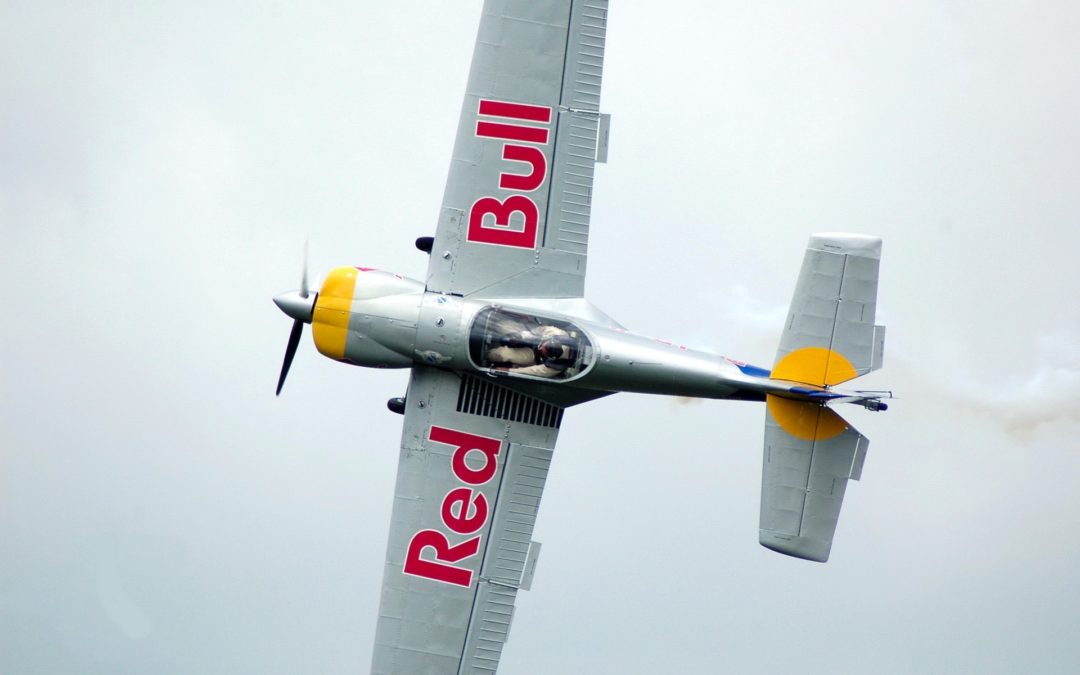 It all began in the summer of 1982 when Dietrich Mateschitz, an Austrian salesman, found himself suffering from jet lag on a business trip. In an attempt to find some energy, he tried the Thai beverage Krating Daeng. Falling in love with its effects, Mateschitz derived the inspiration for Red Bull and was motivated to bring a similar drink to the Western world. He pitched the idea to numerous investors and, after being denied time and time again, he persevered.

Having been told on multiple occasions that there was no market for such a product, Mateschitz said, “If we don’t create the market, it doesn’t exist.”

He decided to partner with the head of Krating Daeng, Chaleo Yoovidhya, each investing half a million USD of their own to create what we now know as Red Bull. Mateschitz adapted the Krating Daeng formula, adding carbonation and altering the taste to appeal to the Western market, finally launching the beverage in 1987.

The new Austrian energy drink was initially banned in Germany, which surprisingly benefitted Red Bull’s sales. By gaining the reputation of being an outlaw brand, many Germans began crossing the border to Austria just to purchase the banned beverage.

Red Bull’s first year of sales resulted in over 1 million cans sold. This success enabled the expansion of the company, entering Slovakia and Hungary in 1992, the UK and Germany in 1994, and finally the American market in 1997.

In 2021, Red Bull sold upwards of 9.804 billion cans worldwide. This was all made possible by Mateschitz, who had the right idea in taking an unconventional marketing route at the beginning of the brand’s success.

Red Bull has always turned to a buzz marketing strategy, focused around promotion by word of mouth. This marketing strategy has held true through the years, beginning in 1989 when Red Bull initiated a one-year t-shirt sponsorship deal with an Austrian football club. Since then, Red Bull has continued to use sponsorship as a key element of their marketing, striving for brand visibility and recognition.

To create a market for Red Bull, Mateschitz began by focusing his efforts on the nightlife scene. This was done through active promotion by “student brand managers” — popular students who would throw parties on university campuses and local bars, all funded by Red Bull.

Soon after, Red Bull used a guerilla marketing strategy to introduce people to the brand. Volkswagen Beetles and Mini Coopers with an abnormally large Red Bull can fixed to the roof would drive around to beaches, universities, gyms, and office buildings handing out free samples of the drink. It wasn’t long after that bars and night clubs became aware of the potential of the brand, creating the staple party drinks of Red Bull mixed with vodka or Jägermeister.

The energy drink grew in popularity, being sold at night clubs and festivals worldwide, and eventually became the market leader of energy drinks. This was only the beginning of Red Bull’s genius marketing techniques. Red Bull began engaging with customers on a deeper scale through the ownership and sponsorship of sports teams and athletes. This introduced the feeling of vigor and activity centered around the brand.

Red Bull does not rely on standard marketing tactics. Instead, at Red Bull, they create their own stories to be associated with. They produce content through their own media channels, consequently giving them the rights to all the content surrounding the brand.

In using social media, Red Bull is able to communicate virally, granting them a greater return on marketing expenses. A famous example is Austrian skydiver Felix Baumgartner’s and Red Bull’s 2012 publicity stunt, in which Baumgartner completed a freefall from the edge of space. The jump was world record breaking and received attention worldwide. The project cost $30 million, which is only about a tenth of what the brand spends on sports marketing.

Red Bull strategically placed their logo all over Baumgartner’s suit and the aircraft he jumped from for 8 million livestream viewers to see. The project was an overall success, resulting in more than 40 million views on YouTube and generating more attention than any other advertisement could have.

Red Bull has begun to use sports as a type of business, taking advantage of their media production and team ownerships to create broadcasting arrangements. Red Bull has done this especially well through the purchase of their football clubs and racing team.

Red Bull currently owns four different football clubs. By owning more than one team they can develop talent very easily. For example, a player can begin his career in the smaller Austrian league for FC Red Bull Salzburg. Once he is ready, he can move into the Champions league, playing for Red Bull Leipzig. Eventually, toward the end of his career, he can play for a less competitive league in the US, under the New York Red Bulls team in Major League Soccer (MLS).

As a result of multi-team ownership, the need for a middleman in player transactions is reduced substantially. Transferring, scouting, and signing different players has never been easier. Keeping players within the franchise is simpler, allowing them to move from one team to another team without requiring too many steps.

Red Bull’s New York soccer team is a great example of how private equity can create more value for a company. Red Bull purchased the team for 25 million USD in 2006, and it is now estimated to be worth upwards of 290 million USD. As the popularity of soccer continues to grow in the United States, it is likely that the price of the club will continue increasing into the future.

More than simply an energy drink company, Red Bull has become known for “giving you wings” and adrenaline-packed sporting events. The company has created a new type of business by outsourcing its manufacturing and production, focusing all efforts on the downstream activities of the value chain.

By spending nearly one third of revenue on marketing, Red Bull’s investments don’t just aim at increasing sales—their investments in sports and media are an effort to diversify. Sponsoring such extreme sporting events and selling products marketed toward aspirational goals enables Red Bull to remain a market leader in the energy drink category.